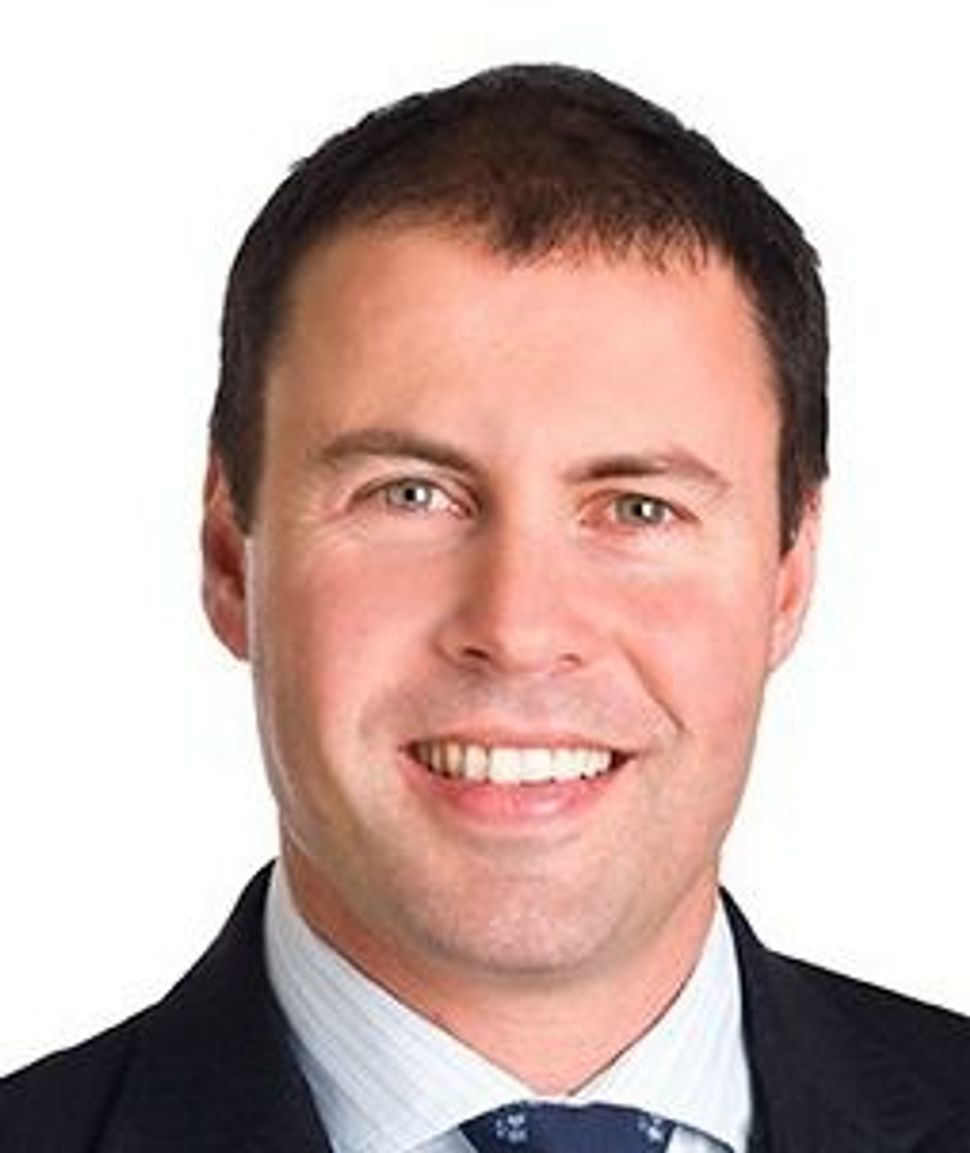 Wearing a yarmulke and holding a Hebrew Bible, Josh Frydenberg was sworn in as Australia’s Minister for Resources, Energy and Northern Australia.

It was the third time the 44-year-old Liberal politician had used the book, called a Chumash, to be sworn in to a government position, but the first time as member of the Federal cabinet.

It was given to him by Sir Zelman Cowen, who died in 2011. Cowen was Australia’s second Jewish Governor-General, a position he held from 1977 to 1982. He was known to be a mentor to Frydenberg.

In the Monday morning ceremony, Frydenberg was sworn in by Australia’s Governor-General, Gen. Sir Peter Cosgrove, representing HM The Queen.

The cabinet reshuffle was a result of the change in Australia’s political leadership when Malcolm Turnbull was elected Prime Minister by the Liberal Party last week following a challenge to former Prime Minister Tony Abbott.

In 2013, Frydenberg was appointed as the Parliamentary Secretary to then-Prime Minister Tony Abbott. In 2014 he was sworn in as Australia’s assistant treasurer. He used the Chumash for both of those swearing-ins.

Frydenberg was born in Melbourne where he resides today. Like Prime Minister Malcolm Turnbull, his electorate of Kooyong is home to a large Jewish community.

The new minister, who has represented Kooyong since 2010, was educated at Melbourne’s Bialik College and Harvard University.

The Executive Council of Australian Jewry published a special open message for Frydenberg.

ECAJ President Robert Goot and executive director Peter Wertheim wrote: “Both personally and on behalf of the Australian Jewish community, we wish to convey our heartiest Mazal Tov on your promotion to the Cabinet as Minister for Resources, Energy and Northern Australia. The entire Jewish community takes immense pride in your achievement.”