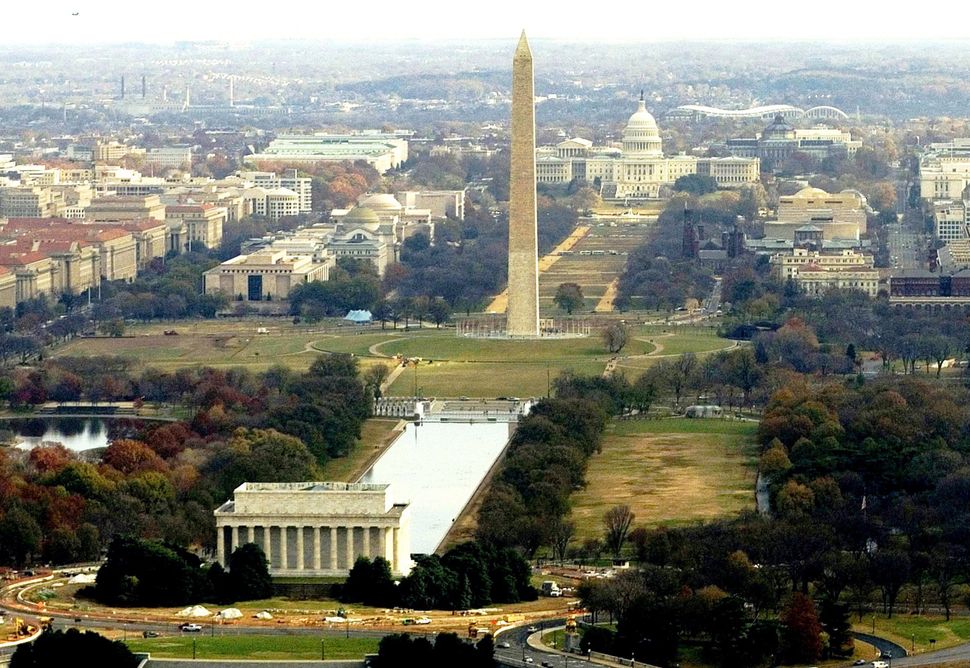 The Reconstructionist movement is organizing a Yom Kippur service at the Lincoln Memorial timed for Pope Francis’ visit to Washington and tailored to his climate change message.

The services Tuesday night and Wednesday “will follow the traditional rituals with a focus on atonement for damage to the environment,” Rabbi Mordechai Liebling, the Reconstructionist Rabbinical College’s director of social justice organizing program and one of the leaders of the Yom Kippur services, said in a statement.

Francis, who will be in Washington to meet with President Barack Obama and address Congress coincident with Yom Kippur, recently issued an encyclical encouraging nations to address climate change.

“The Lincoln Memorial is the national symbol of repentance for the sin of slavery,” Liebling said in the statement. “What better place to hold Yom Kippur services as we atone for our sins against the Earth?”