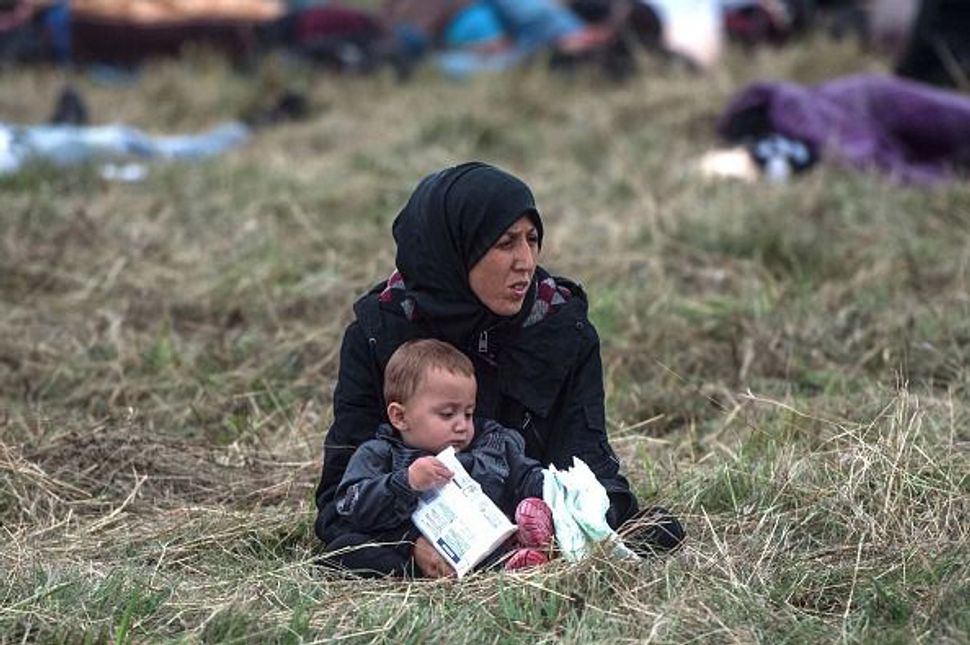 In a letter to British Prime Minister David Cameron, the rabbis and cantors referenced the 10,000 Jewish children that the United Kingdom rescued from the Nazis between 1938 and 1940.

Two of the people delivering the letter Monday were themselves members of the Kindertransport rescue operation that brought Jewish children to the U.K, the British newspaper The Guardian reported.

Many of those who signed identified themselves as the children of Holocaust refugees.

“(W)e know that now it is our turn to open our gates to refugees who are fleeing from tyranny and evil, often with only the clothes on their backs, and their children in their arms,” the letter stated.

“We were heartened to hear that 20,000 refugees will be welcomed into the U.K. over the next five years,” the letter continued. “Yet we look again to World War II where we find that immediate action could have saved many more children’s lives. Let the Kindertransport be our inspiration. 10,000 legitimate refugees, at the very minimum, should be offered asylum in Great Britain in the next 6 months.”

The letter, which also urged the government to allow refugees to work in the U.K., said the British Jewish community is willing to find homes for refugees and raise money to feed, clothe and educate them. It was organized by Tzelem UK, an activist group that organizes Jewish clergy on social and economic justice issues

The letter also referenced the Exodus from Egypt: “As Rabbis and Cantors we regularly read the story of a band of refugees who escaped from a tyrant with only the clothes on their backs and a bit of flat bread. They crossed a sea, and they dreamed of a promised land. We call this the exodus, and it is our founding beacon for hope, and our constant reminder in every generation to open our hearts and our doors to the stranger at our gates.”