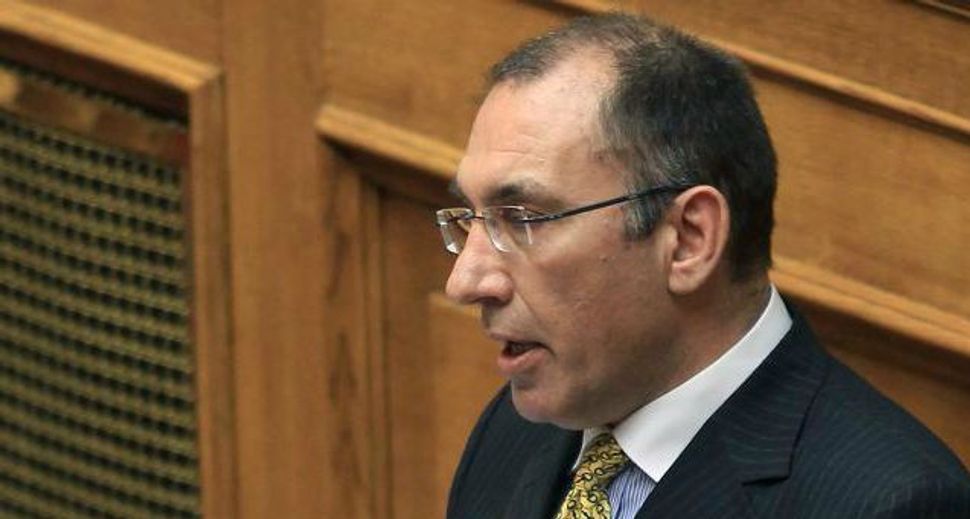 A minister in the new Greek government has resigned less than 48 hours after being appointed over an outcry about a series of anti-Semitic and homophobic tweets.

Among the tweets on his page, which have since been deleted, were some that referred to a conspiracy theory alleging that Jews did not show up to work at the World Trade Center on the morning of 9-11. Another mocked the Athens pride parade.

Kammenos resigned late Wednesday, reportedly following pressure from Prime Minister Alexis Tsipras, saying he was doing so to allow the government to “function in an orderly way.”

He also released a statement denouncing anti-Semitism and homophobia and claimed his social media pages were hacked.

This is not the first time Kammenos has been in trouble for social media posts, however.

Earlier this year, he sparked outrage by posting a picture on Facebook of the Auschwitz death camp gates with the pro-Europe slogan “We stay in Europe” replacing the sign on the gate, “Arbeit macht frei,” a German phrase used during the Holocaust which translates to “work makes you free.”

The post came as Greece was locked in crisis talks with the European Union.

Kammenos is not related to party leader and Defense Minister Panos Kammenos, who also caused an outcry last year when, during an election campaign, he said Jews don’t pay taxes.