Jewish Groups Call for End To Anti-Muslim Rhetoric in Campaign 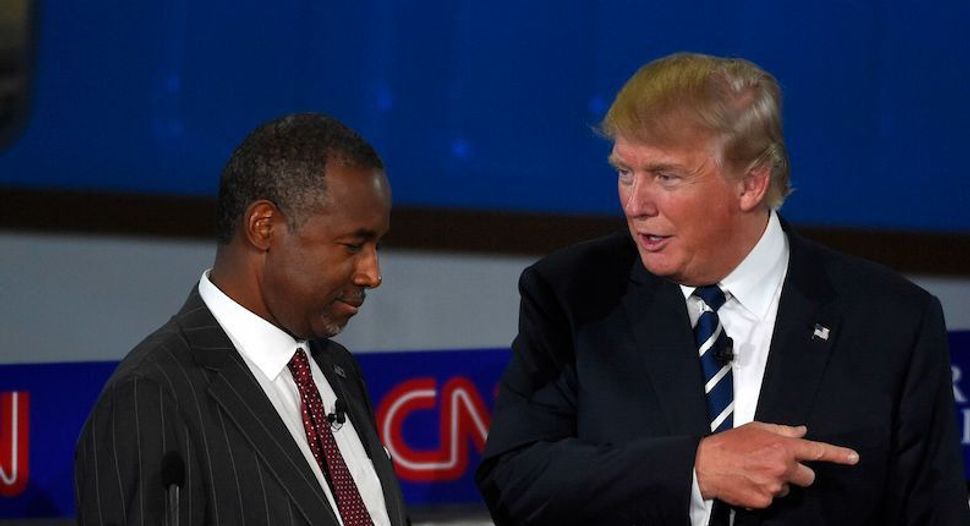 Two Jewish groups pleaded for greater civility in political discourse after the loyalty of American Muslims was called into question during the Republican presidential campaign.

The Anti-Defamation League in a statement Monday cited an interview with Ben Carson, a physician and candidate for the nomination, who said in an interview that a Muslim should not be president. The ADL also noted that Donald Trump, the front-runner in the GOP race, failed to condemn a man at a rally who disparaged Muslims.

“Dr. Carson’s statement directly contradicts the Constitution and the values embodied in it,” ADL National Director Jonathan Greenblatt said in a statement. “In America, personal characteristics – whether race, sex, national origin, sexual orientation, gender identity or religion – should have no bearing on person’s ability to serve.”

A number of Republican candidates did call on Carson to walk back his remarks and on Trump to forcefully repudiate the anti-Muslim statements made at his rally.

The Carson interview and the incident with Trump, the billionaire real estate magnate, took place over the weekend.

“As the campaign season advances, we urge all presidential candidates to avoid innuendo and stereotyping of all sorts, including against people based on their faith, particularly American Muslims and, instead, to confront all forms of prejudice and bigotry,” Greenblatt said.

The Jewish Council for Public Affairs, the umbrella body for Jewish public policy groups, did not specify incidents in a separate statement on Tuesday but spoke more broadly of bigotry.

“The JCPA believes that civil political discourse is the key to having a knowledgeable electorate,” the statement said. “The deterioration of political disagreement into personalized attacks and bigoted statements diminishes the electoral process and discourages and alienates potential voters.”

Jewish Groups Call for End To Anti-Muslim Rhetoric in Campaign