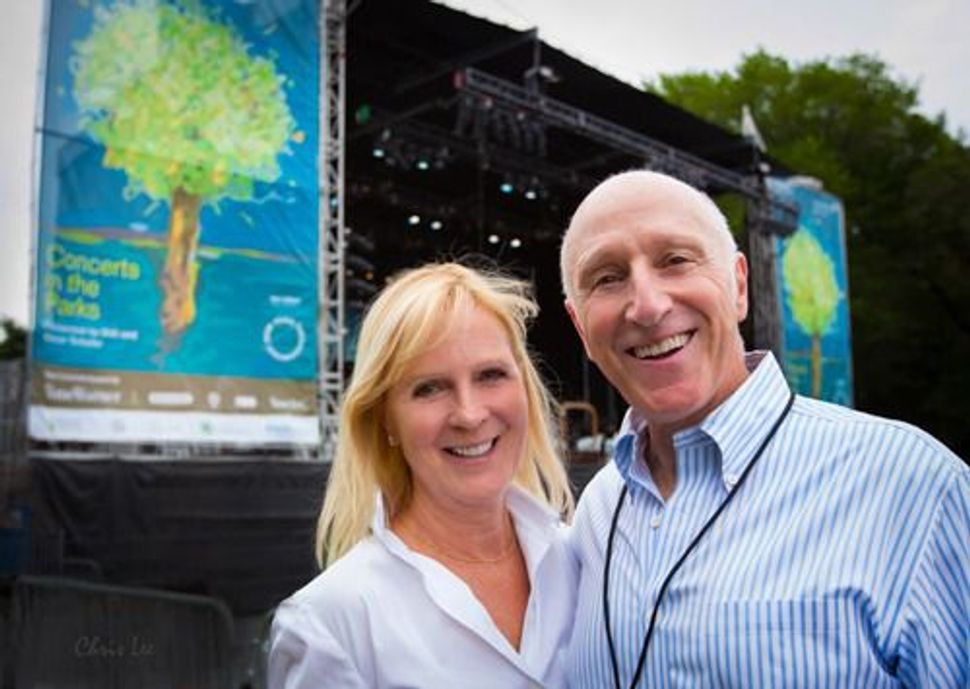 Oscar Schafer, chairman of the board of the New York Philharmonic, and his wife, Didi, pledged to give the institution $25 million.

Schafer, founder of the Rivulet Capital private investment partnership, became chairman this year and has sponsored free concerts by the orchestra in city parks since 2007.

The Philharmonic website’s entry on Schafer says his great grandfather, Oscar Straus, was the first Jewish cabinet member as Secretary of Commerce and Labor under President Theodore Roosevelt.

“I’m trying to set the standard that it’s an important obligation of the board and not only the board but people in and around New York,” Schafer told the Times. “The New York Philharmonic is revered throughout the world but sometimes is taken for granted in New York.”

His gift comes atop a $100 million donation pledged earlier this year to the Philharmonic by media mogul David Geffen, whose is Jewish. The philharmonic honored Geffen for his donation by renaming one of its halls in his name. His donation will go to cover some of the expenditure on a renovation and modernization project whose cost is estimated at $500 million.

The opening Thursday was a star-studded event that featured Lang Lang playing Grieg’s Piano Concerto and Beethoven’s Symphony No. 7. George Lucas, Oprah Winfrey and Steve Martin were among the many film and television talents in attendance.