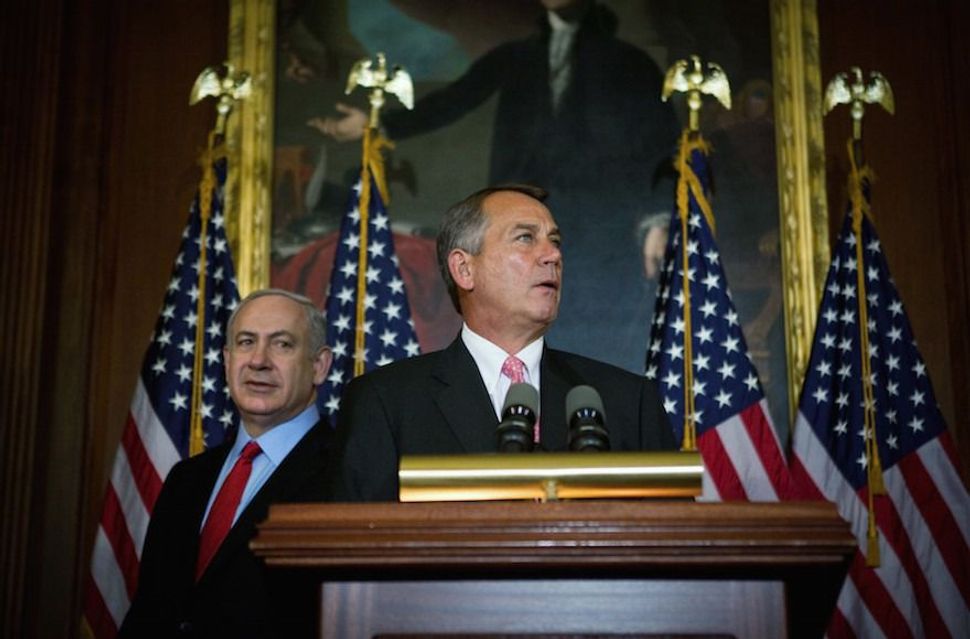 Rep. John Boehner, R-Ohio, the speaker of the House of Representatives, who played a key role in this year’s United States-Israel crisis, is stepping down.

Boehner’s resignation, confirmed by colleagues on Friday, comes as he is under increasing pressure within his Republican caucus to reconcile moderates, who are ready to compromise with the Obama administration on spending, and conservatives, who favor shutting down government.

Boehner will step down by the end of October, news reports said.

Boehner helped organize Israeli Prime Minister Benjamin Netanyahu’s speech to Congress in March. Netanyahu wanted the opportunity to speak out against the emerging Iran nuclear deal favored by the Obama administration. Boehner asked Netanyahu and the Israeli ambassador to Washington, Ron Dermer, to keep planning for the speech secret.

Netanyahu’s agreement to keep the planning secret catapulted an already tense relationship with President Barack Obama in to one of open hostility. Democrats in the White House and in Congress treated him as a GOP partisan, ready to collude with Obama’s political enemies.

Obama and Netanyahu will meet in November in a bid to tamp down tensions now that the sanctions relief for nuclear restrictions deal reached between Iran and six major powers is ready to move forward.

The likeliest replacement for Boehner is Rep. Kevin McCarthy, R-Calif., the majority leader in the House who is more conservative than Boehner. McCarthy has close ties to pro-Israel Republicans, speaking earlier this year at the Republican Jewish Coalition forum in Las Vegas.

Boehner has longstanding ties to the Jewish community, dating to the launch of his career as a local politician in southern Ohio,

“Speaker Boehner has always been attuned to the interests of the Jewish community,” said William Daroff, the Washington director of the Jewish Federations of North America, who launched his own career as a page to Boehner in the Ohio House of Representatives.

Daroff said Boehner worked with Jewish groups “closely to help those served by our social service agencies, to bolster the philanthropic sector and to strengthen the U.S.-Israel relationship. His steadfast leaders