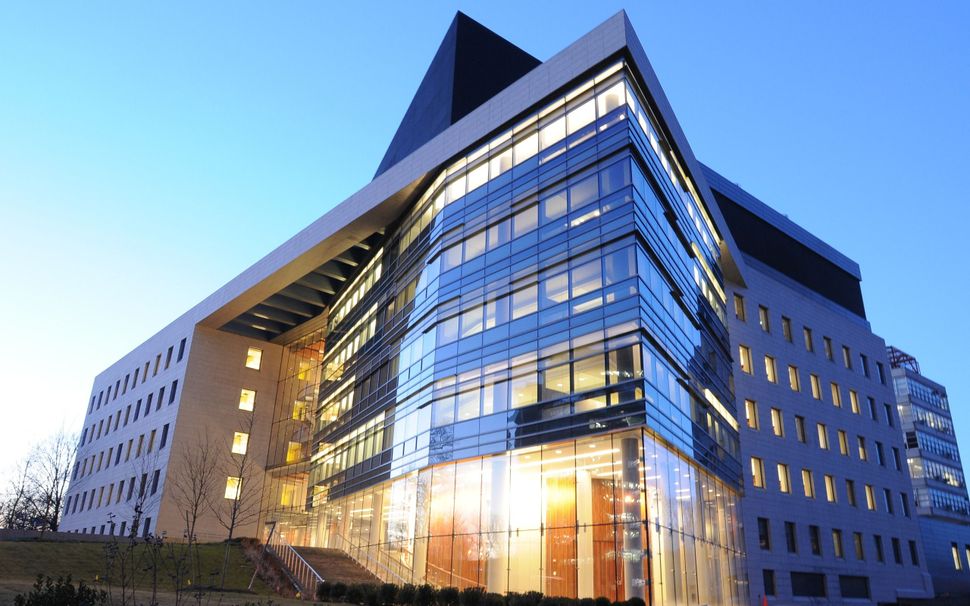 The Price Center/Block Pavilion is one of six buildings on Einstein's campus that has tested positive for Legionnaires' disease. Image by Courtesy Montefiore Health System

Six buildings at the Albert Einstein College of Medicine have tested positive for Legionnaires’ disease during an investigation into an outbreak in New York City.

One person has died and 12 people were hospitalized after contracting the disease in the Morris Park section of the Bronx, according to New York City’s health department.

The six Einstein locations include the college’s boiler plant, its $220 million Price Center/Block Research Pavilion, and a 634-unit building that houses Einstein’s students.

Health department officials say they have no way of knowing which locations were the cause of the recent cluster. They say that all the towers that tested positive for the disease have been or are in the process of being cleaned and disinfected.

Health officials added that all of those who fell ill had an underlying medical condition. Eleven people remain in hospital; one person has been discharged.

Mayor Bill de Blasio, speaking at a senior center in the East Bronx this afternoon, said there had been no new Legionnaires’ cases since September 21.

De Blasio said that this recent cluster was more limited than the outbreak in the South Bronx in August that killed 12 people and sickened more than 100. He urged anyone in the area with flu-like symptoms to consult their doctor immediately.

“I really think you can have confidence we’ve taken a vigorous approach to both looking out for these little clusters and taking action to ensure that the community’s health is protected,” the mayor added.

Einstein, which has run operating deficits in the tens of millions of dollars for years, was until recently operated by Yeshiva University.

In an email statement, a spokeswoman for Einstein told the Forward: “Montefiore and Einstein have been compliant with all required NYC Department of Health disinfection and testing of our cooling towers.

“Despite these efforts, the most recent water test conducted by the [health department] showed detection of legionella. In coordination with the [health department], we are treating the towers to eliminate harmful bacteria in these water sources, sanitizing the area regardless of the results, and will continue to take every precaution to protect students and staff.

“The investigation will continue to be run by the [health department]. All inquiries about cooling towers should be directed to them.”