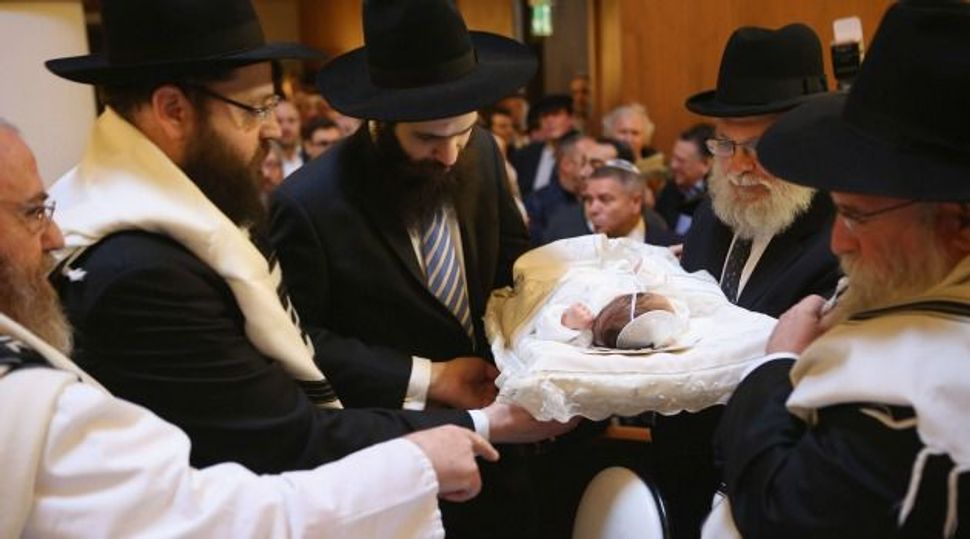 Referencing a negative view of non-medical circumcision of boys, the Council of Europe recommended the custom be banned except when performed by “a person with the requisite training and skill.”

The recommendation appeared in a resolution passed Wednesday by the Parliamentary Assembly of the Council of Europe, which is a pan-European intergovernmental organization based in Strasbourg, France, that is unrelated to the European Union and has no executive powers.

In Resolution 2076, titled “Freedom of religion and living together in a democratic society,” the assembly “recommends that member states provide for ritual circumcision of children not to be allowed” unless performed by a person meeting the requirements and “in appropriate medical and health conditions.” It further recommended parents be informed of medical risks connected to the procedure. The text does not specify what should be considered requisite training.

The resolution’s text referred readers to a resolution the assembly adopted in 2013 titled “Children’s right to physical integrity,” which called the non-medical circumcision of underage boys a “violation of the physical integrity of children.” The 2013 document triggered harsh condemnations by Jewish and Muslim leaders. Unlike Resolution 2076, it did not contain a recommendation to ban the custom under certain coinditions.

Resolution 2076 also described circumcision as one of “religious practices [that] remain controversial within national communities” and that may “provoke tensions.“

Still, Israeli media and politicians described Resolution 2076 as a reversal of the 2013 resolution.

“I believe it’s a retreat from the previous resolution,” Haaretz correspondent Ofer Aderet told JTA, “because in 2013, circumcision was cast in a negative light along with a string of horrific practices like female genital mutilation whereas the new resolution speaks of circumcision as part of freedom of worship, which needs to be preserved.”

Resolution 2076 passed with a majority of 68 supporters, compared to six opponents and eight abstentions. Among the supporters were seven Turkish delegates, compared to one Turkish opponent from the hardline Nationalist Movement Party.