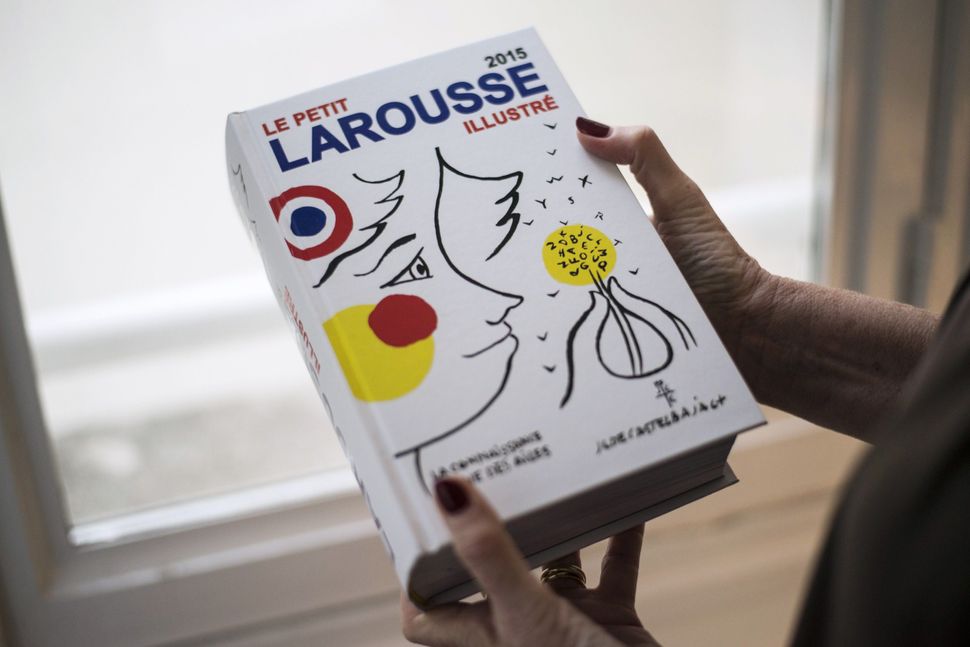 A French Jewish lobby group urged the publisher of the French language’s definitive dictionary to change its characterization of the Promised Land as “present-day Palestine.”

The National Bureau for Vigilance against Anti-Semitism, or BNVCA, on Thursday called on Editions Larousse, the publisher of the Larousse line of dictionaries and encyclopedias, to amend its “My First Larousse of History” book for children following a report on it published on Tuesday in the news site jssnews.com.

A variation of the name Palestine, which the Romans gave the Land of Israel in the 2nd century CE, was first documented in Greek literature in the 5th Century CE. It is believed to be named after the Philistines, an extinct, non-Semitic people.

BNVCA, he added, “wonders whether this is a case of ignorance, incompetence or politically-motivated desire to offend the Jewish people and the Jewish State of Israel.” Ghozlan noted that “Palestine did not exist” 4,000 years ago. The Promised Land, he added, “is the Holy Land of Israel, which does not and never constituted the Palestine mentioned in Larousse, neither politically nor geographically-historically.”

Ghozlan said he has asked the French education ministry to act against the dissemination and use at public institutions of the Larousse edition.