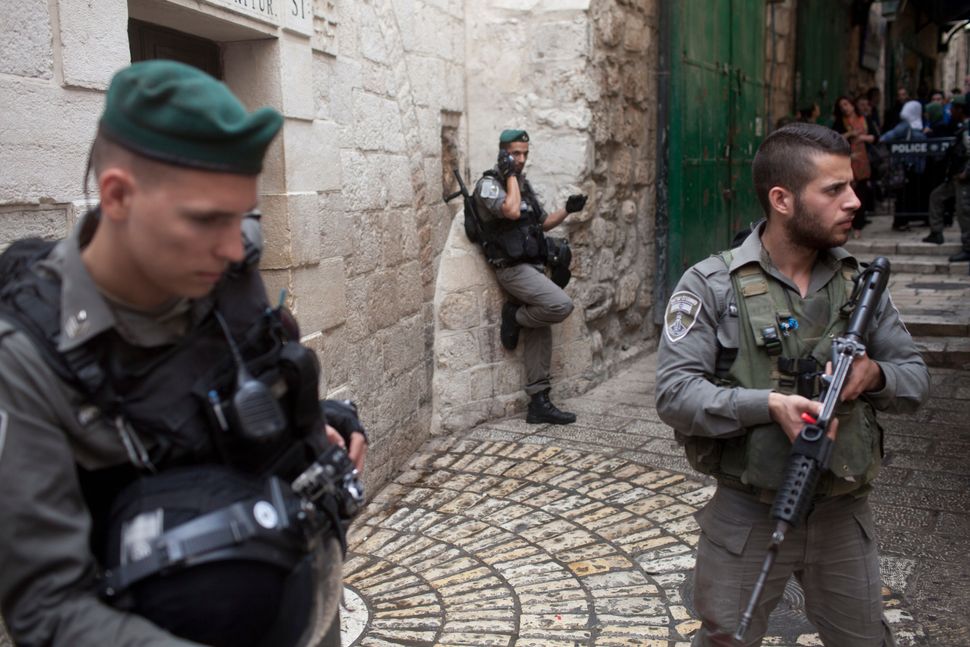 Prime Minister Benjamin Netanyahu has banned Israeli cabinet ministers and legislators from visiting a sensitive Jerusalem holy site where rising tensions have spilled over into a wave of Palestinian attacks.

In the latest incident, a Palestinian stabbed and wounded a Jewish seminary student on a main road in Jerusalem on Thursday and the assailant was arrested at the scene, police said.

Four Israelis have been killed in stabbings in Jerusalem and a drive-by shooting in the occupied West Bank in the past week, and two Palestinians have been shot dead and scores injured in clashes with security services, triggering fears of escalation.

After a right-wing outcry, Netanyahu’s office clarified that the ban on politicians’ visits to al-Aqsa mosque compound in Jerusalem’s walled Old City would also include Arab parliamentarians. It said in a statement that the move was aimed at “cooling things down around the Temple Mount.”

As prime minister, Netanyahu has the authority to order police to halt the visits on security grounds, and his office said the ban was open-ended. In recent weeks, clashes have erupted at the holy site between Palestinian rock-throwers and Israeli police.

Israeli government officials have accused Palestinian leaders of playing on Muslim concerns over al-Aqsa to incite Palestinians to violence – so far mostly “lone-wolf” attacks that appear to fall short of an organized uprising.

But Israeli military officials have noted that security cooperation with the Palestinian Authority, which exercises limited self-rule in the occupied West Bank, is continuing. Palestinian President Mahmoud Abbas has said publicly he wants to avoid armed confrontation with Israel.

In an interview with Israeli Army Radio on Thursday, U.S. deputy national security adviser Ben Rhodes urged both sides, which have not held peace talks since 2014, to pull away from violence.

“What we have done is encourage all the different parties … to find a way to prevent any further escalation and hopefully have a restoration of calm,” Rhodes said.

On Wednesday, Palestinians stabbed and wounded three Israelis in attacks in occupied East Jerusalem, in a town in southern Israel and in a city near Tel Aviv.

One of the assailants was shot and wounded by the man she injured, another was killed by police and a third was arrested unharmed, security officials said.

Israeli troops also clashed with Palestinians in the West Bank on Wednesday. The Palestinian Red Crescent ambulance service said 288 Palestinians were injured, including 10 by live fire.—Reuters