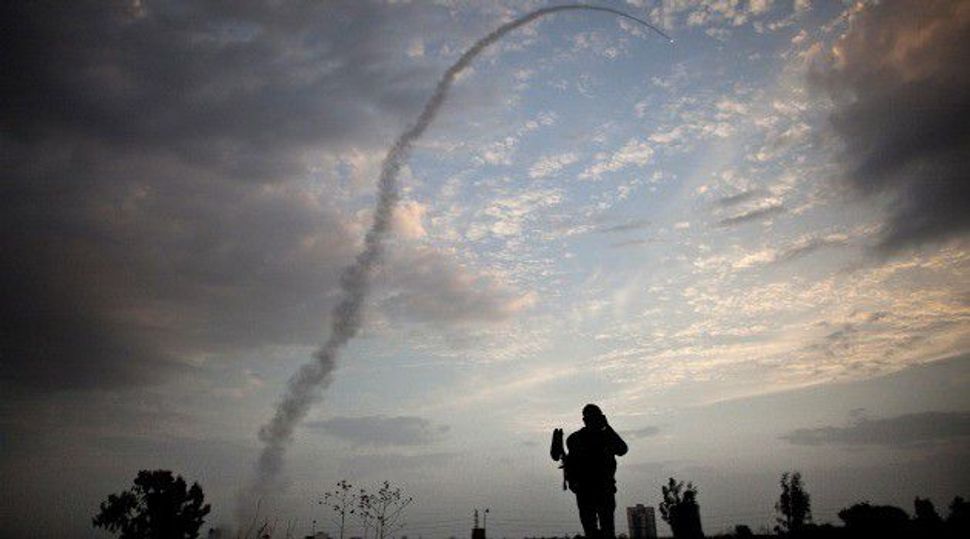 Israel’s Air Force bombed what it identified as two “Hamas weapon manufacturing facilities” in the northern Gaza Strip in response to a two rocket attacks from Gaza on Israel.

A pregnant Palestinian woman and her 2-year-old daughter were killed in the early Sunday morning Israeli airstrike, the Palestinian Maan news agency reported.

The Iron Dome missile defense system intercepted a rocket Saturday night over highly-populated southern Israeli city of Ashkelon, according to the Israel Defense Forces. The attack came after three rockets were fired from Gaza at town on the Israeli border with the coastal strip on Friday night. Following that attack, an additional Iron Dome battery was deployed on Saturday to southern Israel near Beersheba.

On Friday evening and Saturday, Palestinian rioters gathered at the border fence between Israel and Gaza. Dozens of rioters broke through the barrier and infiltrated Israel. At least seven Gazans were killed during the infiltrations.

The IDF said in a statement that it holds Hamas responsible for the aggression from Gaza.

“This weekend we have seen clear incitement encouraging the breach of Israel’s sovereignty, violent confrontation against Israelis and threatening the residence of southern Israel,” said IDF Spokesman Lt. Col. Peter Lerner. “The IDF will continue to act, preempt and defeat those that plot to harm the civilians of Israel.”

Hamas warned Israel to stop its air attacks on Gaza.