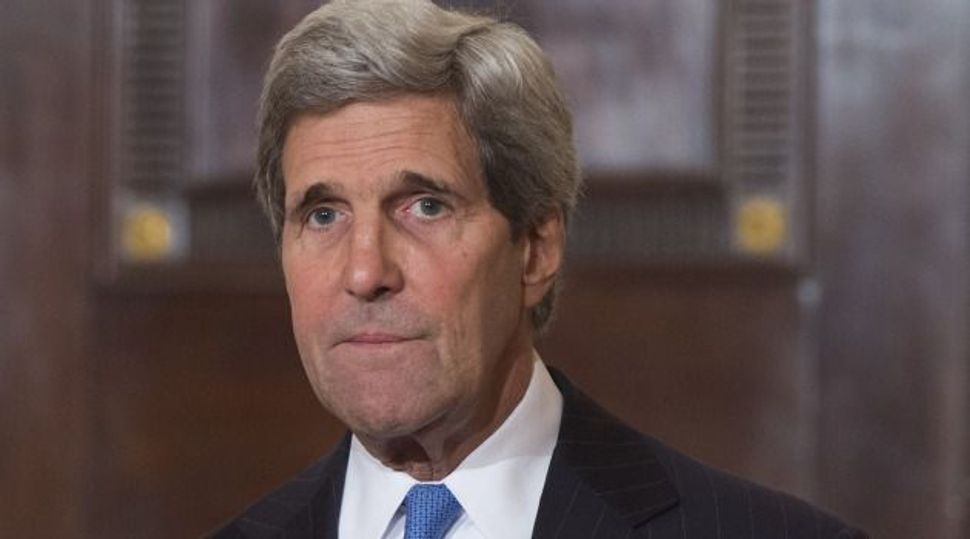 U.S. Secretary of State John Kerry called for efforts to restore calm in Israel during telephone conversations with Israeli and Palestinian leaders.

Kerry over the weekend spoke with both Israeli Prime Minister Benjamin Netanyahu and Palestinian Authority President Mahmoud Abbas about the current wave of violence throughout Israel, the State Department said in a statement.

The statement said that Kerry called the leaders “to express his deep concern over the recent wave of violence and offer his support for efforts to restore calm as soon as possible. He reiterated the importance of strongly condemning violence and combating incitement, and taking affirmative steps to reduce tensions.”

Kerry also “stressed the importance of upholding the status quo in word and deed at the Haram al Sharif/Temple Mount and of preventing inflammatory rhetoric and actions that will increase tensions.”

The secretary of state that he would follow the situation “closely” and that the U.S. will “remain engaged in efforts to restore calm.”

Netanyahu said in a statement that during the phone conversation, he “made it clear that he expects the Palestinian Authority to stop its wild and mendacious incitement, which is causing the current wave of terrorism.”

The statement also said that Kerry “clarified that the U.S. is aware of the fact that it is Israel’s policy to maintain the status quo and not change it.”

The status quo at the Temple Mount, a holy site for Jews and Muslims, allows Jews to visit but confine obvious worship to the adjacent Western Wall while leaving the day-to-day administration of the mosque compound to a Muslim authority, the Waqf.

Netanyahu on Saturday ordered the reinforcement of Israel Police units, mobilizing three reserve Border Police companies for Jerusalem and 13 others throughout the rest of the country.