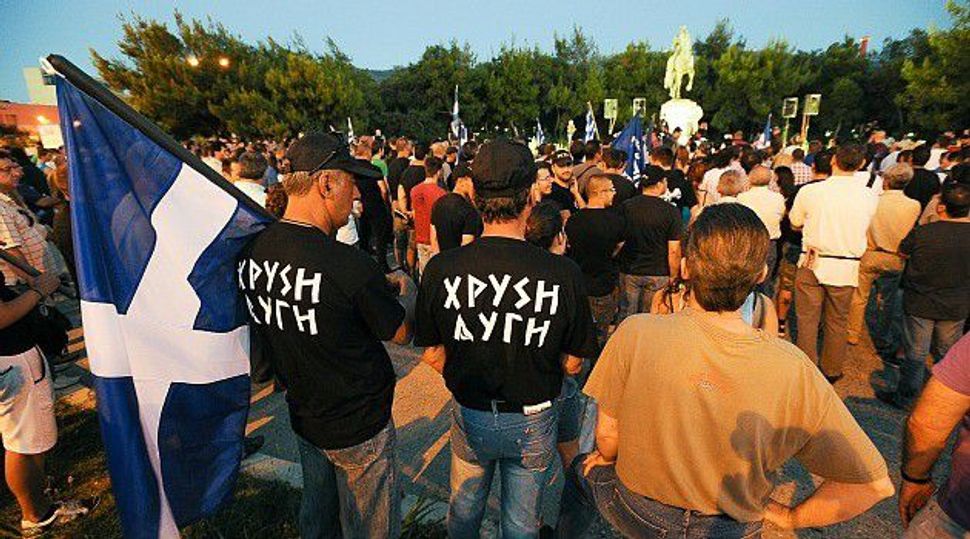 Anti-Semitism “continued to be a major problem around the globe,” the U.S. State Department’s annual International Religious Freedom Report for 2014 found.

The 17th annual report, which was released Wednesday, noted that anti-Semitic incidents rose significantly in Western Europe during the 2014 Gaza War between Israel and Hamas as well as in eastern Ukrainian regions when Russian rebels forcefully annexed part of the territory. The number of incidents overall in France doubled last year, to 851, over 2013.

The report, which analyzed levels of religious freedoms in regions across the globe, also found in Israel “an increase in interethnic tension and violence involving different religious communities.”

In addition to the 2014 Gaza conflict, the report cited the attack on a synagogue in Jerusalem that left five dead along with the kidnapping and killing of three Jewish teenagers before the war as incidents that heightened tensions between Muslims and Jews in Israel during the year.

However, the report emphasized that “because religion, ethnicity, and nationality are closely linked in the Israel-Palestinian conflict, it was difficult to categorize many societal actions against specific groups as being solely based on religious identity.”

The report was the first presided over by Rabbi David Saperstein, who in January became the first non-Christian to hold the post of U.S. ambassador-at-large for international religious freedom.

“If you look at the Pew reports that I believe are a year behind our reports, over the last several years there’s been a steady increase in the percentage of people who live in countries that … have serious restrictions on religious freedom,” Saperstein said at a news conference Wednesday. “At the same time … we’ve seen enormous expansion of interfaith efforts on almost every continent to try and address the challenges.”