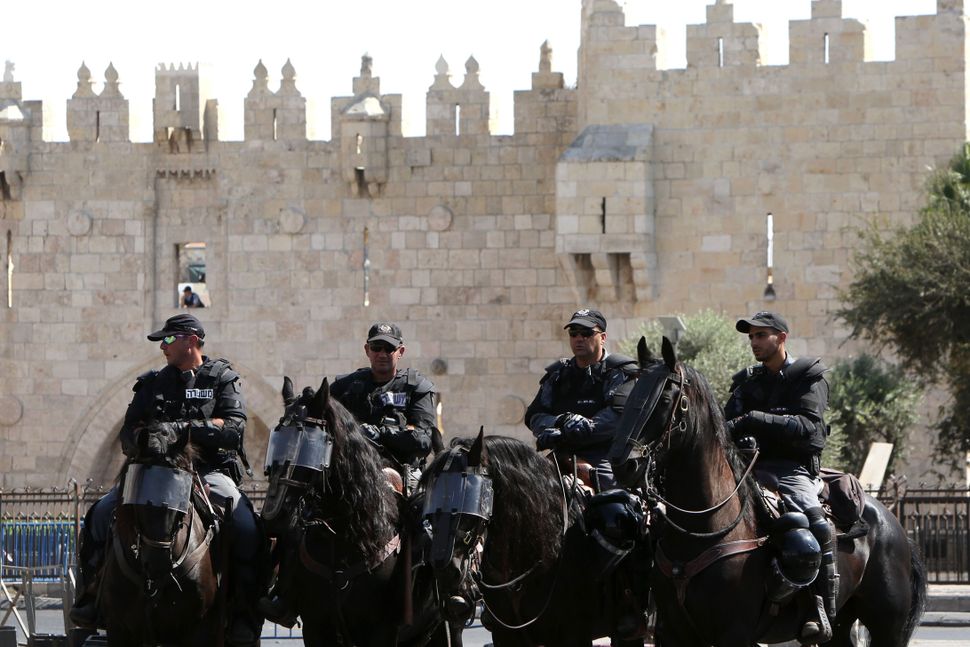 Secretary of State John Kerry said on Monday Israeli and Palestinian leaders need to clarify the status of Jerusalem’s al-Aqsa mosque compound to help end a spate of bloodshed and restore stability.

Kerry, preparing for meetings with Israeli Prime Minister Benjamin Netanyahu in Germany and then with Palestinian President Mahmoud Abbas and Jordan’s King Abdullah, likely in Amman, also rejected a proposal by France at the United Nations for an international observer presence at the holy site.

Israel called in France’s ambassador on Monday to make clear its opposition to the idea, a foreign ministry spokesperson said.

“Israel understands the importance of the status quo and … our objective is to make sure that everyone understands what that means,” Kerry told a news conference in Madrid.

The Palestinians’ unrest, the most serious in years, has been stirred in part by anger over what they see as increased Jewish encroachment on the mosque compound, Islam’s most sacred site outside Saudi Arabia and also revered by Jews as the location of two destroyed biblical Jewish temples.

Netanyahu has said his government is committed to maintaining the status quo at the compound, which has long been under Muslim religious administration while Jews are permitted to visit the site but not pray there.

“We are not seeking a new change or outsiders to come in, I don’t think Israel or Jordan wants that and we’re not proposing it,” he said. “What we need is clarity.”

Israel has deployed troops in and around Jerusalem and erected roadblocks in Palestinian neighborhoods in East Jerusalem to try and stop the most serious outbreak of Palestinian street attacks since an uprising in 2000-2005.

Kerry said Israel had a right to protect citizens against random acts of violence. Netanyahu had told him he was committed to preserving the status quo at al Aqsa, he added.

“I don’t have specific expectations except to try to move things forward,” Kerry said of the upcoming meetings. “That will depend on the conversations themselves as to what it is that we’re able to define in the context of steps that might be taken so people understand that in fact leaders are leading and making a serious effort to try and resolve the current … conflict.”

Some U.S. and Israeli officials have said that now is not the time for diplomacy, but Kerry stressed that security and diplomacy should go hand in hand. “There is not a time for one and then the other. There is an importance to both.”

He also said he would meet counterparts from Turkey, Saudi Arabia, Jordan and Russia in Europe to explore “real and tangible options” for a peaceful political transition in Syria, whose civil war has intensified with Russia’s intervention last month in support of the Damascus government against insurgents.

“This is a human catastrophe unfolding before our eyes and it is a catastrophe that now threatens the integrity of a whole group of countries throughout the region,” Kerry said.—Reuters