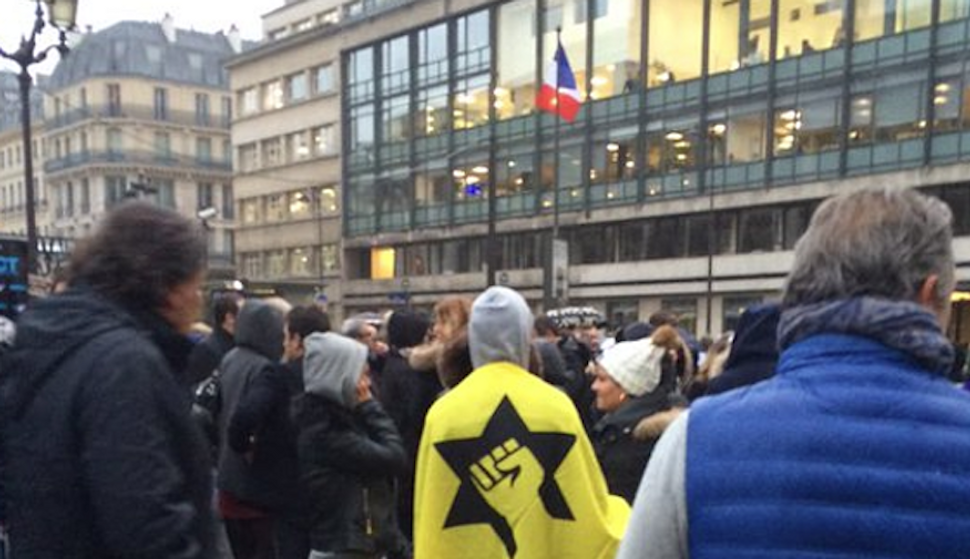 Members of the French branch of the far-right Jewish Defense League attacked a prominent French journalist outside the Paris offices of the Agence France Presse news agency.

Armed with batons, dozens of violent Jewish activists who had gathered to protest the news agency’s Israel coverage, assaulted David Perrotin, a reporter for BuzzFeed, on Thursday evening, the Guardian reported.

Protesters threw eggs and other objects at the AFP building, yelled out insults and tried to storm the offices, according to the Guardian. They threatened journalists, saying “We’re coming to get you” and “Islamic terrorists.” Riot police sprayed them with tear gas.

The International Business Times reported that Perrotin, who was covering the protests on Twitter, was “set upon by a gang of about a dozen masked demonstrators,” receiving blows to the back and head.

One demonstrator said: “We are here to show our support for Israel in our war against the Arabs.” He added: “Journalists working for organizations like AFP support the Islamic terrorists and that’s why we have to fight back.”

Perrotin “has frequently exposed the work” of the French Jewish Defense League, according to the Guardian.

Founded by Meir Kahane, who was assassinated in 1990, the league is radical Jewish nationalist organization banned in both the United States and Israel.