Who Are ‘Lifelong Zionists’ Who Now Back BDS? 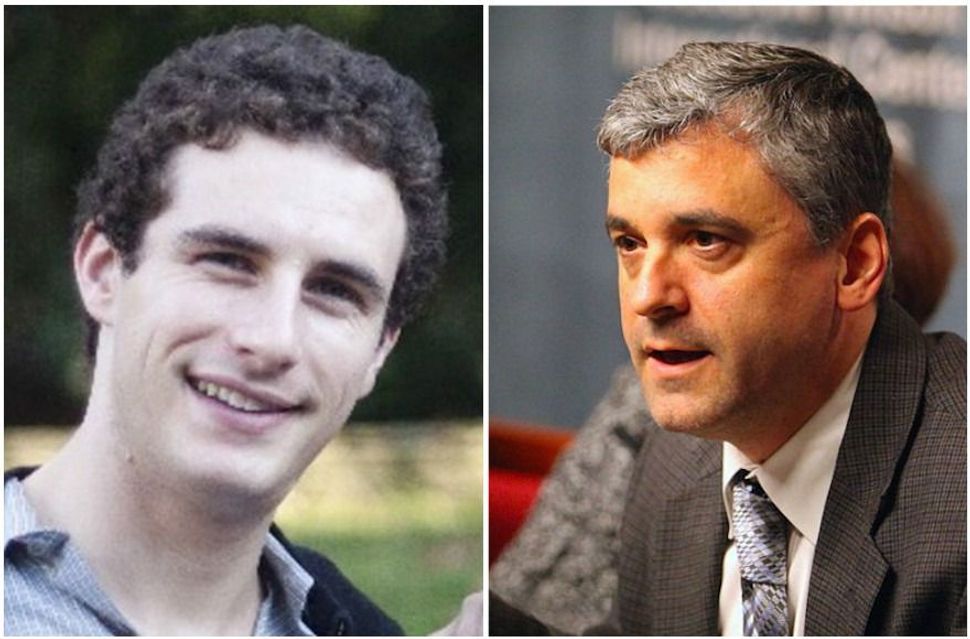 (JTA) — An Op-Ed co-written last Friday by two American Jewish professors has stirred Internet controversy, with the focus largely on their use of four words: “We are lifelong Zionists.”

Professors Steven Levitsky and Glen Weyl began their Washington Post Op-Ed with those words before launching into a nuanced call for an economic boycott of Israel.

Some of their points, such as their accusation that Israel “permanently denies basic rights” to Palestinians, are well-worn mantras of the Boycott, Divestment and Sanctions movement (although Weyl later stated that he and Levitsky are not fans of the BDS model). Others, such as their idea of consciously applying a double standard to Israel to induce change, are more original.

But most of the responses in the Post and beyond addressed the professors’ Zionist disclaimer. Many people challenged the idea that the status of Levitsky, of Harvard University, and Weyl, of the University of Chicago, as “progressive” Zionist Jews lent weight to their critique of Israel.

“The Post … and even more so the New York Times feel the need every so often to publish an ‘I’m a left-wing Jewish academic and I’m disgusted and fed up with Israel’ article, even by people who have no particular expertise in the subject beyond what you might find from any interested American Jew you picked at random,” David Bernstein wrote in the Post on Monday.

So who exactly are these two lifelong Zionists?

– Weyl is an academic prodigy who was the valedictorian of his Princeton University class in 2007. He completed nearly all the coursework and exams necessary for a doctorate in economics as an undergraduate student. After three years of post-doctoral work in the prestigious Harvard Society of Fellows, Weyl became an assistant professor of economics at the University of Chicago in 2011. This year, he announced he will resign to become a researcher at Microsoft. He is a member of the Chicago Center for Jewish Studies.

– In defense of his Zionist credentials, Weyl explained on Twitter that he has contributed to a book on the economic life of American Jewry, participated in a Birthright trip and stayed at Israeli universities multiple times.

– Weyl is known for advancing a model of “quadratic voting,” which would allow people to vote on an issue with varying levels of influence. For example, under Weyl’s system the votes of LGBTQ people would have more weight than those of straight people in a referendum on same-sex marriage.

– He respects but disagrees with Jewish economics legend Milton Friedman. “While I have come to disagree with him on many if not most issues of social policy, he is probably the thinker that has most shaped me,” he said last year.

– In response to one Twitter user noting that Microsoft, his future employer, maintains a strong presence in Israel, Weyl said: “I oppose Microsoft’s investments in Israel, but do not consider this sufficient reason to resign in such an interconnected world.”

– Levitsky is a prominent political scientist at Harvard University, where he is a favorite among undergraduate students. His academic focus is Latin American politics, and he serves on the executive committees of the university’s Weatherhead Center for International Affairs and the David Rockefeller Center for Latin American Politics.

– He missed the initial call from the university offering him tenure, and he blames latkes. “I had gone home early to make latkes for a Hanukkah party, and couldn’t be reached,” he told the Harvard Crimson in 2007.

– He is known for his work on “competitive authoritarianism,” or faux-democracies controlled by an incumbent party that quashes any attempts at power by opposition parties.

Who Are ‘Lifelong Zionists’ Who Now Back BDS?