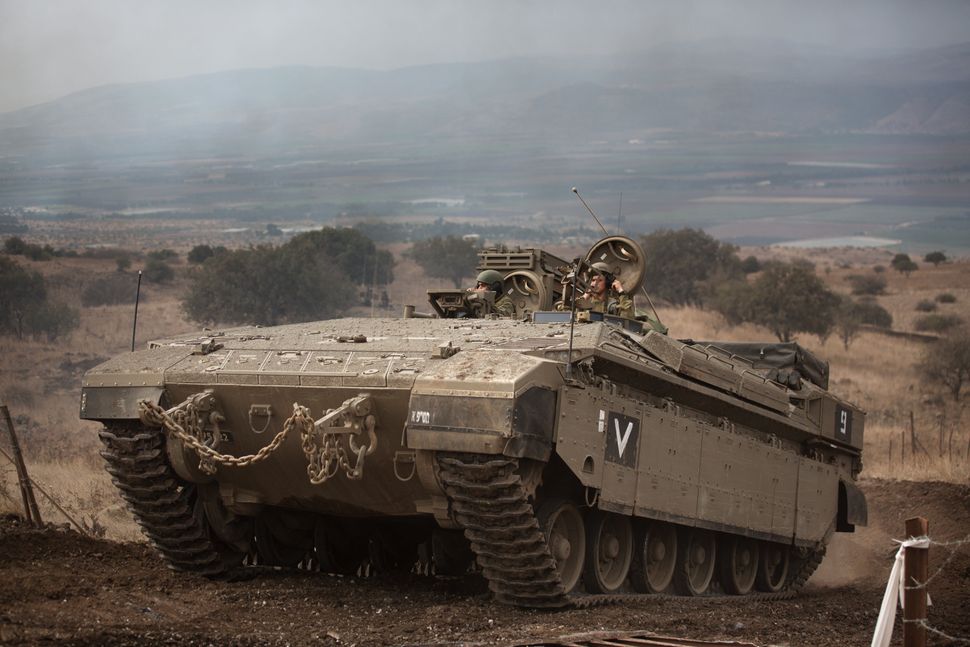 With a propeller on his back and suspended from a parachute, a 23-year-old Arab Israeli may have blindsided Israeli surveillance by sheer audacity when he buzzed across the fortified northern frontier into Syria at the weekend.

The identity of the man, described by a relative as an enthusiast of extreme sports and a moderately pious Muslim, is barred from publication in Israel, under a court gag order issued at the request of state security investigators.

What is clear from the official account is that Israel, ever vigilant for violent spillover from Syria, was unprepared for a member of its oft-scrutinized Arab minority using an easily obtained rig to fly over the Golan Heights.

While Israeli airspace is tightly controlled, paragliding experts say that a lack of regulations on the rigs mean they are freely bought, sold and trained with.

Israeli authorities said that the man, from the central Arab town of Jaljulia, flew eastward across the strategic Heights overlooking Syrian battlegrounds that stretch to Damascus.

“He was spotted by our lookouts, and while we were trying to identify him, he disappeared in the terrain,” one Israeli military officer said, characterizing the incident as surprising because “our surveillance is usually for threats from the east.”

After lifting a media blackout on the incident, Israel said on Sunday that the man had gone to Syria to join Islamic State insurgents.

Moshe Danino, manager of the only airfield on the Israeli-occupied Golan, said the late-afternoon flight would have been simple.

“He could have taken off from pretty much anywhere around here. There are lots of open areas. Or he could have flown in from the (Israeli) interior, even from Jaljulia,” Danino said.

Contacted by phone, the handful of paragliding clubs in Israel said the man had not been among their students. But they said any registered student could have passed on enough know-how for even a first-timer to make a short hop across the lines.

Second-hand paragliding rigs can be bought for 20,000 shekels ($5,180) over online billboards in Israel, with the transaction leaving little trace, two club instructors said.

The Jaljulia man’s uncle, speaking to Reuters on condition of anonymity, said his nephew was an amateur body builder who spent amply on motorcycles and dune buggies, though the family had no knowledge of his interest extending to paragliding.

“He may have kept some of his activities from us, so as not to worry his mother,” the uncle said.

But he said he found it hard to believe that the missing nephew, whom he described as a law-abiding Israeli citizen and regular mosque-goer, had deliberately gone to Syria “without leaving a note, an explanation, anything.”

Israel said on Sunday it intended to revoke the paraglider’s citizenship as part of a wider policy against militants, though Islamic State and other rebels active in the Golan have yet to claim him among their recruits.

Israeli officials say more than 40 Arab citizens and Palestinians from East Jerusalem have tried or succeeded in joining Syria’s civil war by traveling through legal destinations like Turkey, though such cases have trailed off as the security services step up preemptive screening and arrests.

The Jaljulia man’s uncle said that the family had called his cellphone, only to hear it answered by a male stranger.

“Your son is safe with us,” the man said in Arabic, before hanging up.—Reuters