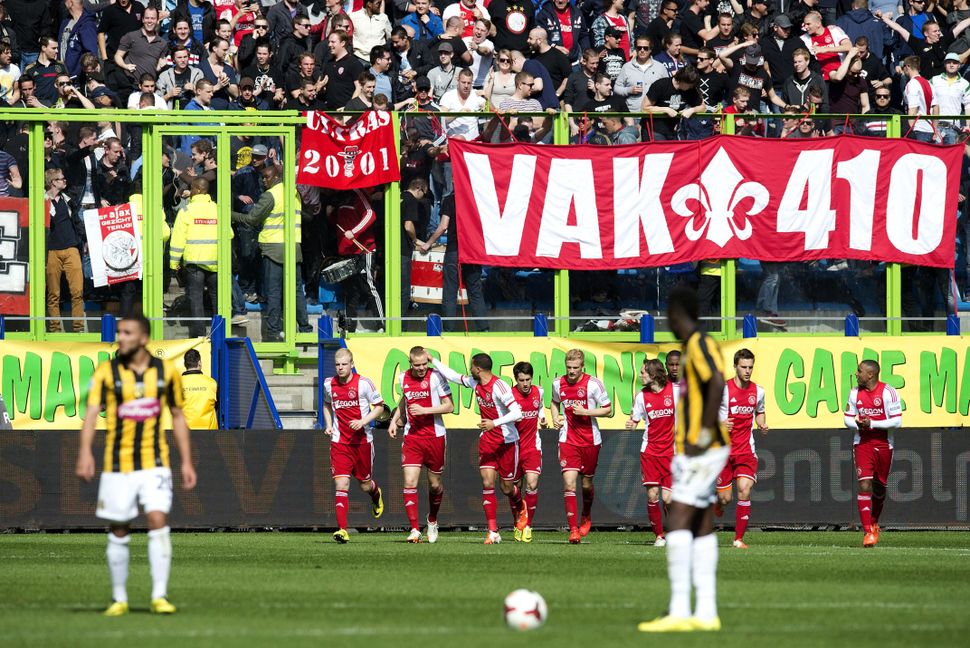 A Dutch soccer club said it was working to identify fans who held up a sign during a recent match with the initials of the phrase “Jews have cancer.”

The Vitesse club from Arnhem told the Gelderlander daily that it would have intervened to stop or punish the fans from holding up the sign on Sunday. “We unfortunately did not discover the sign until after the game,” said Paul Koster, the club chairman.

The sign was directed at fans and players of the Ajax club, who are often called Jews because of the historical Jewish presence in Amsterdam. Ajax fans also sometimes refer to themselves as Jews, though the team’s management and an anti-discrimination group discourage this behavior because they say it invites further abuse and hate speech.

In April, dozens of fans of a soccer team from Utrecht were filmed chanting during a match versus Ajax: “My father was in the commandos, my mother was in the SS, together they burned Jews cause Jews burn the best.” They also chanted: “Hamas, Hamas, Jews to the gas.”

The Royal Dutch Football Association repeatedly has sanctioned soccer teams whose fans were found to have used hate speech. Teams also sanction fans who engage in such practices and report them to police.

Subsequently, some fans have resorted to using codes, such as the banner with the initials “JHK,” seen on Sunday in Arnhem.

Vitesse lost that match to Ajax, 3-1.