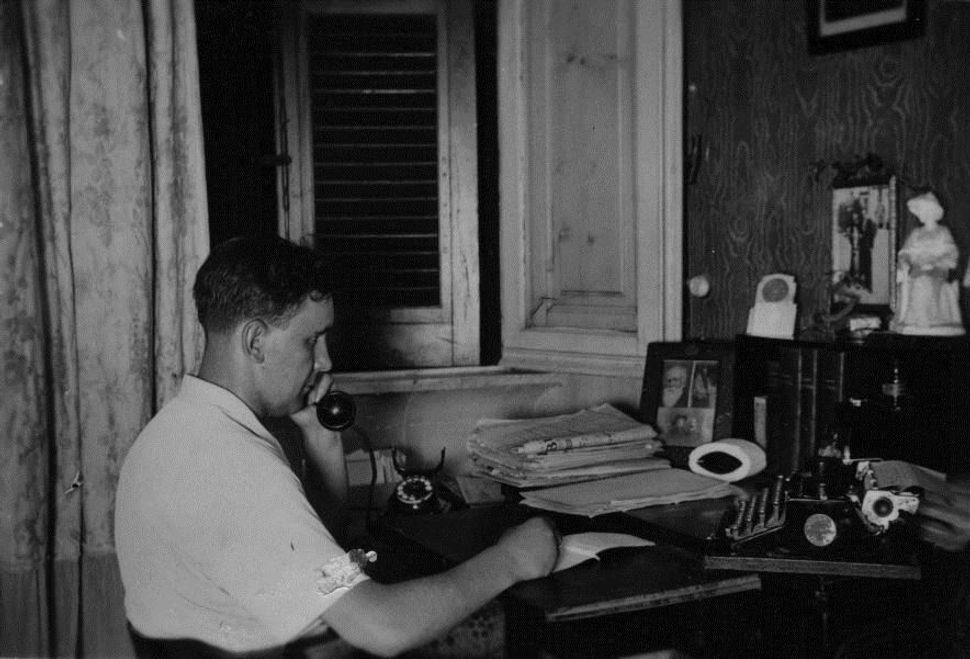 A man who helped some 200 Jewish people in wartime Italy survive the Holocaust was posthumously awarded the Czech Republic’s Medal of Merit in Prague.

Karel Weirich, who was not Jewish, worked as correspondent in the Vatican during WWII. He organized a network that provided food and medicine as well as counterfeit documents to hundreds of Jewish refugees, mostly from Czechoslovakia, trapped in Italian detention camps. Around 200 of them escaped, went into hiding and survived the war.

The refugees had been travelling on the Palestine-bound ship Pentscho that was wrecked on a Greek island in October 1939. They were picked up by the Italian Navy and later moved to southern Italy.

Weirich also collaborated with the Italian resistance movement but in 1944, he was arrested by the Gestapo and imprisoned in Germany until the liberation by U.S. troops in May 1945. After the 1948 Communist takeover of Czechoslovakia, Weirich stayed in Italy. He died in 1981, at the age of 75.

Weirich’s story was virtually unknown until the publication of his biography by Italian historian Alberto Tronchin in 2007. The book has since also appeared in Czech.

Czech President Milos Zeman handed the decoration to Karel Werich’s nephew, Pavel Weirich, at a ceremony at Prague Castle on Wednesday, on a Czech national holiday marking the foundation of independent Czechoslovakia. Another 34 people received the country’s state decorations in honor of the holiday.