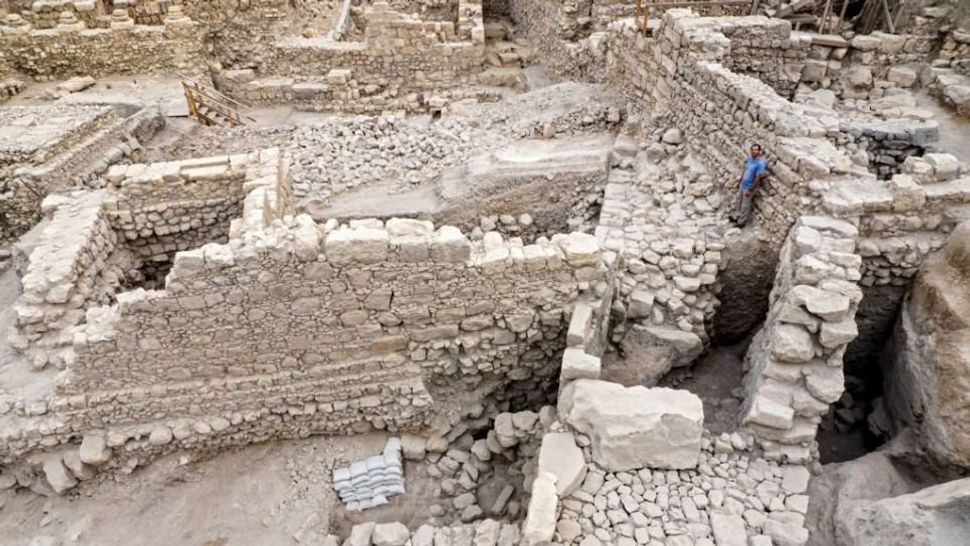 After a century of searching, archaeologists say they have found the remnants of an ancient Greek fortress once a center of power in Jerusalem and a stronghold used to hold off a Jewish rebellion celebrated in the scriptural Book of the Maccabees.

Researchers have long debated over the location of the Acra, built more than 2,000 years ago by Antiochus Epiphanes, king of the Hellenised Seleucid empire. Many asserted it stood in what is now Jerusalem’s walled Old City, at spots like the Church of the Holy Sepulchre or by the hilltop where two Jewish temples once towered and which now houses the Al Aqsa mosque compound.

But the remains unearthed by the Israel Antiquities Authority and made public on Tuesday are outside the walls, overlooking a valley to the south, an area where archaeologists say Jerusalem construction was concentrated under the biblical King David.

Antiochus, who lived from 215-164 BC, chose the spot for the Acra in order to control the city and monitor activity in the Jewish temple, said Doron Ben-Ami, who led the excavation.

With an estimated length of up to 250 meters (yards) and 60 meters in width, it would have dominated the countryside.

Beneath what a decade ago was a paved parking lot, Ben-Ami’s team sifted through an artificial hill made of layers of earth left behind by successive cultures.

In one area they uncovered stones from a section of a massive wall, the base of a tower and a sloping defensive embankment that nearby artifacts like coins and wine jug handles suggest date to the period of Antiochus.

Lead sling stones and bronze arrowheads from the period were also found, perhaps left over from battles between pro-Greek forces and Jewish rebels trying to take over the fortress.

“This is a rare example of how rocks, coins and dirt can come together in a single archaeological story that addresses specific historical realities from the city of Jerusalem,” Ben-Ami said.

The Acra’s location was referred to vaguely in at least two ancient texts – the Book of Maccabees, which tells of the rebellion, and a written record by historian Josephus Flavius.

Historians tell how the rebels, lead by Judas Maccabeus, took back Jerusalem from the Greeks, a victory marked in the Jewish festival Hannukah. But the Acra held out until rebels under Judas’ brother, Simon, later lay siege and forced its surrender.—Reuters