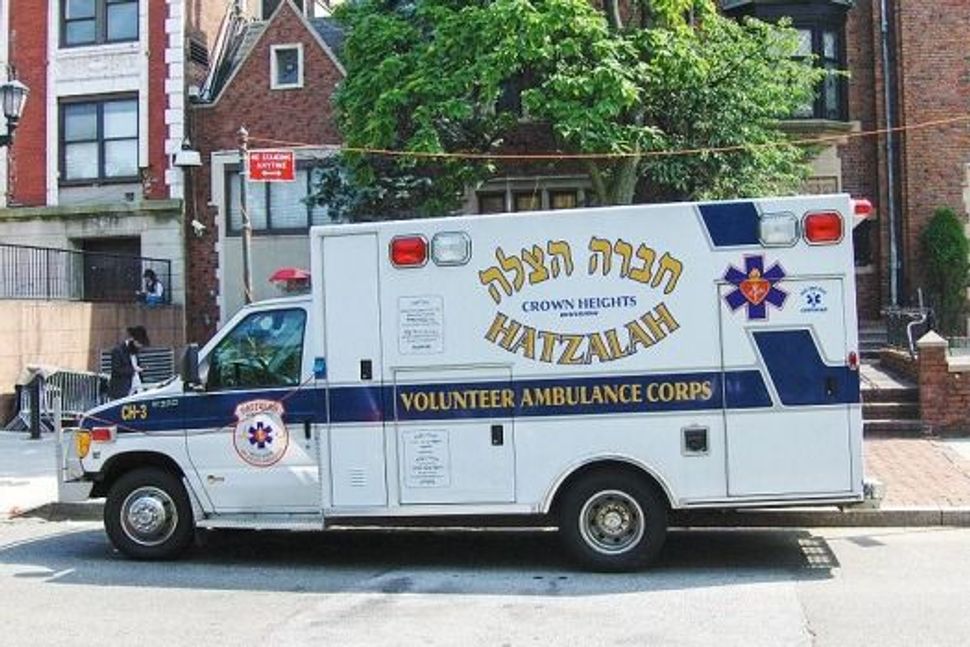 A member of a Jewish volunteer emergency service was stabbed in the neck in Brooklyn and police were investigating the attack as a possible anti-Semitic hate crime.

The man, identified by the New York Post as David Katz, 34, a volunteer for Hatzalah, radioed in his own injury after the attack on Tuesday night in the Crown Heights neighborhood.

He was taken by his own ambulance to a local hospital. He was off-duty at the time of the attack and was not wearing a uniform identifying him as being part of the service, which is staffed mostly by Orthodox Jewish volunteers. His injuries did not appear to be life-threatening, according to police.

A man, believed to be wearing a mask, approached the victim and stabbed him before running away, the New York ABC affiliate reported. Police said they do not believe that the victim and the attacker knew each other.

Police began conducting a grid search to locate the stabber.

Police are investigating the incident as a hate crime, the Post reported.

“With the stabbings that are taking place in Israel, we cannot be relaxed when you investigate something of this magnitude, we need to determine if it is a hate crime, and we need to use all the video footage and whatever we can to apprehend the person,” Eric Adams, Brooklyn borough president, told ABC.