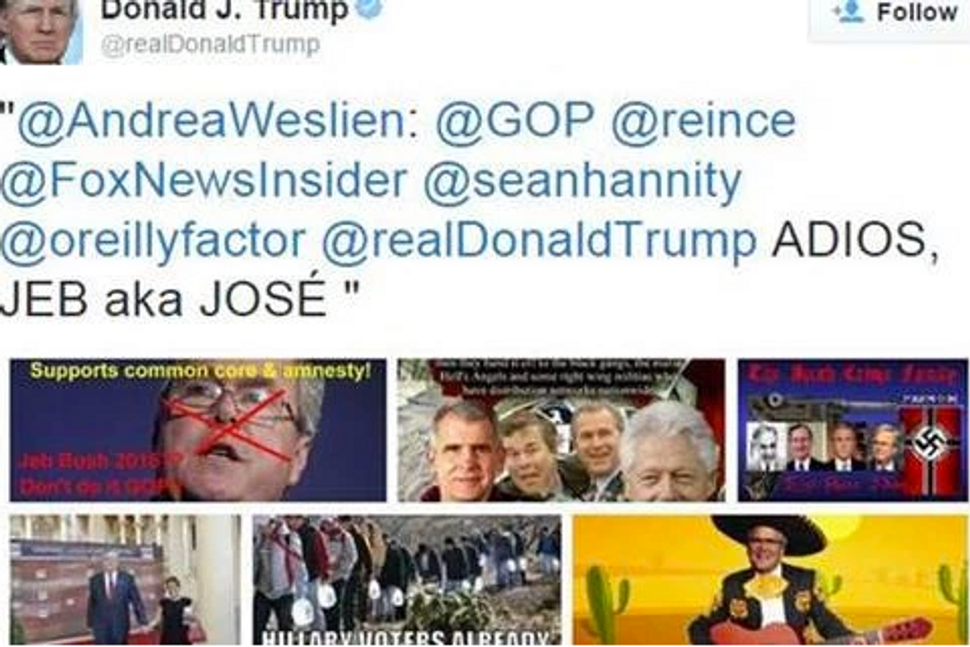 Donald Trump retweeted and quickly deleted an image of a swastika next to fellow Republican presidential candidate Jeb Bush.

The collage picture, which the real estate mogul retweeted to his over 4.5 million Twitter followers, also featured an image of Bush in a sombrero next to a cactus.

“This was retweeted by Mr. Trump like hundreds of others. He did not see the accompanying image and the retweet has since been deleted,” Trump spokeswoman Hope Hicks told the Washington Post. 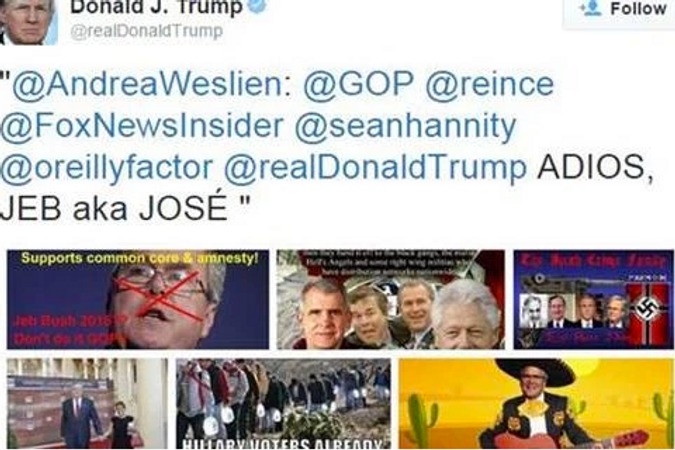 Trump recently lost his lead in the Republican race polls to retired neurosurgeon Ben Carson. He has taken heat for his anti-immigrant agenda and several other social media mishaps.

In July, Trump was criticized for tweeting an image that included Nazi soldiers inside an American flag. In August, he fired one of his Jewish advisers for racist Facebook posts.