U.S. Hits Back at Israel Media Guru Over Anti-American Comments 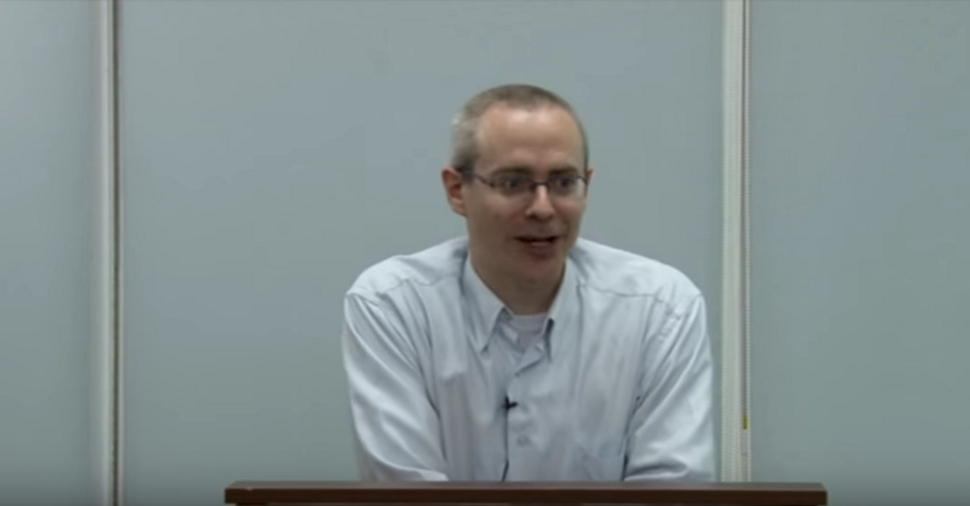 The United States takes offense at comments by Israeli Prime Minister Benjamin Netanyahu’s new communications director accusing President Barack Obama of anti-Semitism and suggesting that Secretary of State John Kerry had the mental abilities of a 12-year-old, the State Department said on Thursday.

It said Kerry had spoken to the Israeli leader on Thursday and understood that Netanyahu “will be reviewing” the appointment of Ran Baratz after a U.S.-Israeli summit meeting at the White House next week.

Netanyahu and Obama are due to meet to try to mend fences after fierce feuding over the Iran nuclear deal that Israel opposes. As head of public diplomacy and media, Baratz, a 42-year-old philosophy lecturer, will be tasked with improving Israel’s reputation in the world. His comments were published previous to his appointment.

“His comments about U.S. officials, including the president and Secretary Kerry, we believe were troubling and offensive. We obviously expect government officials from any country, especially our closest allies, to speak respectfully and truthfully about senior U.S. government officials,” State Department spokesman John Kirby said.

Within hours of Baratz’s appointment on Wednesday, Israeli media outlets found a clutch of cuttings, headline-grabbing quotes on Facebook and articles he had penned on news websites. Netanyahu’s staff, it appeared, may not have checked.

An official said Baratz had apologized to Netanyahu in a phone conversation and in a statement, Netanyahu distanced himself from the comments but indicated the appointment remained valid. He said the two would meet, at Baratz’s request, after he returns from his U.S. trip next week.

“I have just read the things that Dr. Ran Baratz published on the Web, including the comments about the Israeli president, the president of the United States and other public figures here and in the U.S. They are inappropriate and do not reflect my positions or the policies of the government,” Netanyahu said.

In Washington, White House spokesman Josh Earnest welcomed Baratz’s apology and said his comments would not affect the ability of Obama and Netanyahu to advance their countries’ mutual interest.

“It’s readily apparent that that apology was warranted. But obviously the decisions that Prime Minister Netanyahu has to make about who will serve his government and represent him and his country are decisions that he rightfully will make on his own,” Earnest told a news briefing.

In a Facebook entry last March, Baratz said Obama’s response to a speech by Netanyahu to the U.S. Congress, during which he criticized the emerging Iran deal, “was what modern anti-Semitism looks like in Western and liberal countries.”

Obama said at the time that no one could dispute that Iran had repeatedly “engaged in the most venomous of anti-Semitic statements.” But, the president said, Netanyahu offered no viable alternatives “to the core issue, which is how do we prevent Iran from obtaining a nuclear weapon.”

In October last year, Baratz took aim at Kerry in an article on Mida, which bills itself as a “news and intellectual website” dedicated to providing information and views not prevalent in other Israeli media.

Baratz termed as “comical” remarks Kerry made on the occasion of a Muslim holiday, when he said Middle East leaders had told him feelings stirred by the Israeli-Palestinian conflict were a factor in Islamic State recruitment.

“This is the time, then,” Baratz wrote, “to wish the secretary of state success and count down two years on the calendar with the hope that someone in the State Department will then wake up and begin to see the world through the eyes of a man with a mental age above 12.”

Sniping at Israel’s head of state, Baratz commented on Facebook last week about photos showing President Reuven Rivlin – whose post is largely ceremonial – sitting in economy class on a flight back from an official visit to the Czech Republic.

“It mainly shows him to be such a marginal figure that there is no concern for his safety. I think he could be sent in a para-glider to the Syrian Golan (Heights) controlled by ISIS. They’ll return him the next day with a request for negotiating their return to Iraq, if only we take him back,” Baratz wrote.

Baratz posted a separate remark on Facebook under a screen grab of a TV interview with Daniella Weiss, a Jewish settler leader. The frozen frame carried a subtitle, which read: “He is not important enough to kill,” a reference to Rivlin.

Baratz appeared to concur, writing: “I said that way before she did, but it’s good when practical people confirm the observations of theoreticians.” He was quoted by Israel’s Channel Two television as saying his statement was satirical.

Rivlin’s office publicly demanded to know whether Netanyahu was aware of Baratz’s comments when he appointed him.

“The remarks are particularly serious in light of the fact that this is a senior civil servant who is supposed to serve in a representative capacity and reflect the positions of the State of Israel at home and abroad,” the president’s office said.

U.S. Hits Back at Israel Media Guru Over Anti-American Comments