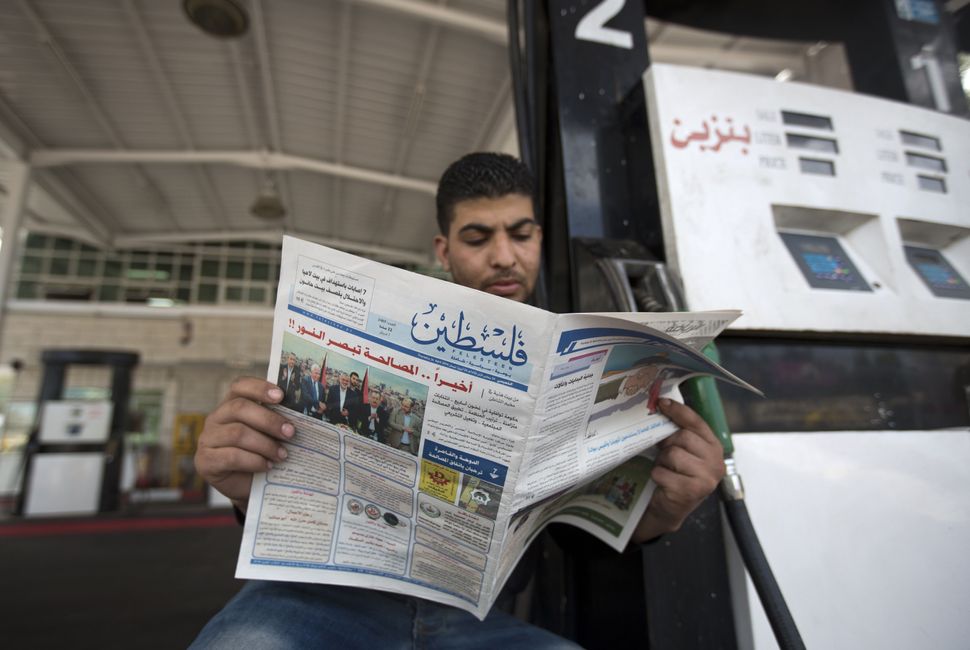 The Palestinian administration in the occupied West Bank shut down the local office of a pan-Arab newspaper this week after accusing it of “offensive” reporting on Palestinian security coordination with Israel, officials said.

The newspaper, which publishes a broadsheet in London, Beirut and Doha, also alleged torture within Palestinian jails. It branded the closure as politically motivated.

Such domestic scrutiny is touchy for the U.S.-backed Palestinian president, Mahmoud Abbas, whose forces have quietly helped Israel curb violence in the West Bank while he publicly condemns Israeli crackdowns and policies regarding a contested Jerusalem shrine.

He did not elaborate. An Oct. 20 letter from the Information Ministry to the attorney-general, a copy of which was seen by Reuters, said the newspaper had published a report that was “offensive to the State of Palestine and its security services.”

The report “made it look as if the security services have no job except to make arrests and to carry out security (coordination with Israel) which in itself an incitement against the authority,” the letter said.

“The closure of the office is politically motivated and it has to do with the freedom of expression,” Khalil told Reuters.

“We applied for a license more than a year ago, provided all necessary documents and started our work, and we had received no notification from the Information Ministry about any legal problem with the license,” she said. “The Information Ministry said they were some reports we wrote that they did not like.”

The U.S. consulate in Jerusalem, which handles Washington’s contacts with the Palestinian administration, said it was looking into the matter.

The State Department’s 2014 County Reports on Human Rights Practices found that while Palestinian laws provided for freedom of expression and did not forbid criticizing the administration, these “do not specifically provide for freedom of press.”