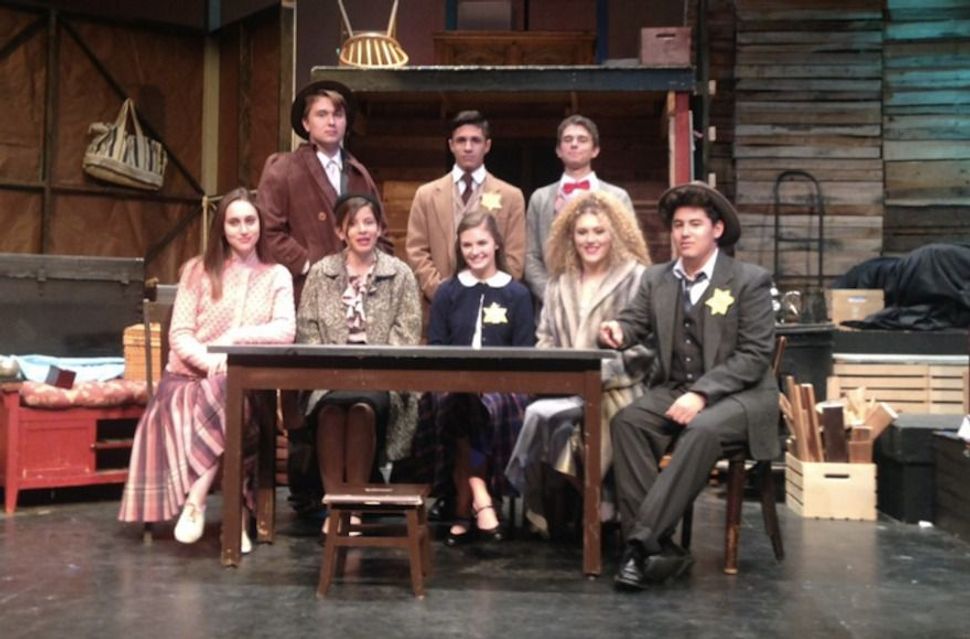 An administrator at a California high school is being criticized for two light-hearted tweets about Anne Frank, the famous Holocaust victim whose diary from her years in hiding inspired a play and movie.

Charles Mazet, assistant principal at Palm Desert High School in Palm Springs, California, promoted a school production of “The Diary of Anne Frank” on Twitter by saying, “Who be hiding from the Nazis? Find out next week during the play” and “Who be Anne Frank?” the Desert Sun reported Friday.

Mollie Biskar, a senior at the school, took a screenshot of Mazet’s tweet, which was later taken down, and wrote “Idk guys maybe we should drop the ‘who be’ joke when we’re talking about the biggest genocide in history???”

Friday morning, Mazet tweeted, “This tweet was not meant as a joke, just an attempt to promote Anne Frank. We need to remember the ugliness of Hitler’s genocide.”

Mazet told the Desert Sun he is married to a Jew and that his family belongs to Temple Sinai, a local Reform congregation.

“By no means did I mean to offend anyone. I meant the opposite,” Mazet said. “In part, I look at this because I am Jewish. This is something I have thought about and hiding from the Nazis is an important context in history.”

READ: Behind Japanese fascination with Anne Frank, a ‘kinship of victims’

Mary Perry, spokeswoman for Desert Sands Unified School District, emphasized that the tweet had not been intended as a joke.

“He is a prolific tweeter who uses ‘who be’ to involve the students in various activities at the school, like ‘Who be going to the football game?’ Things like that, so by saying ‘Who be Anne Frank?’ he did not mean it disrespectfully but as a way to encourage students to go to the play,” Perry said. “I think his intent is pure … I believe they’re overreacting, and I think they need to understand the context in which this was sent out.”

Frank, who was deported in 1944, after the Nazis found her family’s Amsterdam hiding place, died in the Bergen-Belsen death camp in 1945 at age 15. Her diary was first published in 1947.