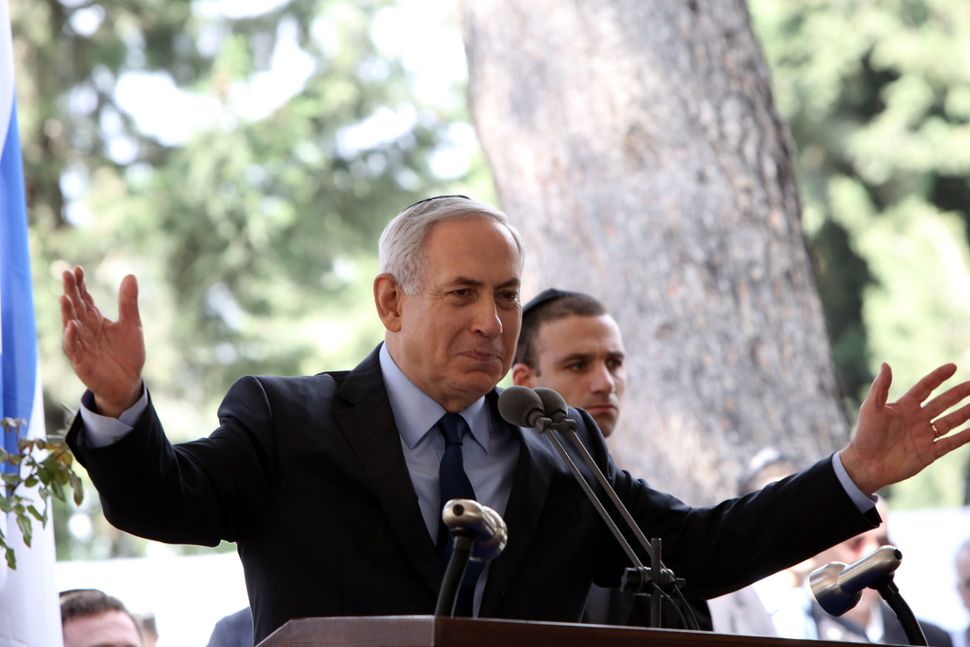 President Barack Obama and Prime Minister Benjamin Netanyahu meet on Monday for the first time since the Israeli leader lost his battle against the Iran nuclear deal, with Washington seeking his re-commitment to a two-state solution with the Palestinians.

Netanyahu, who infuriated the White House by urging Congress, in an address in March at the Republican leadership’s invitation, to reject an emerging accord with Iran, hopes the talks will help outline a new 10-year military aid package for his country.

While that issue will be on the agenda of Netanyahu’s talks with Obama, U.S. officials said the president would also press Netanyahu for steps to keep alive the possibility of a future Palestinian state alongside Israel.

U.S.-sponsored peace talks between Israel and the Palestinians collapsed in 2014. The eruption of a wave of violence between the two sides last month has made an end to that bloodshed a more immediate priority.

In public remarks to his cabinet on Sunday about his Washington visit, Netanyahu spoke only in general terms about “possible progress with the Palestinians, or at least, stabilizing the situation when it comes to them.”

He said the Syrian crisis and U.S. military aid for Israel would also be discussed in his first meeting in 13 months with Obama. The Democratic president and the conservative Israeli leader have little personal chemistry and have clashed often over the Iranian and Palestinian issues.

In a conference call with reporters last week, Rob Malley, the U.S. National Security Council’s coordinator for the Middle East, North Africa and Gulf region, reiterated Obama’s view that he would leave office without an Israeli-Palestinian peace deal.

Given that reality, Malley said, Washington wanted to hear ideas from Netanyahu on how to stabilize the current situation and sought a signal from both sides that “they are still committed to and moving towards a two-state solution.”

During Netanyahu’s re-election campaign earlier this year, the right-wing Likud party leader vowed there would be no Palestinian state on his watch. Even when Netanyahu backtracked and insisted he was not reneging on long-time policy, the White House was unconvinced.

Seeking a boost in U.S. defense aid, Israel argues that sanctions relief agreed by world powers under the July deal that curbs Iran’s nuclear program will allow Tehran to invest more heavily in its missile development, while redoubling funding for Hezbollah and Hamas guerrilla allies on its borders.

Israel now receives $3.1 billion from the United States annually and wants $5 billion per year for 10 years, for a total of $50 billion, Congressional officials have told Reuters.

One U.S. official predicted the sides would settle for an annual sum of $4 billion to $5 billion.