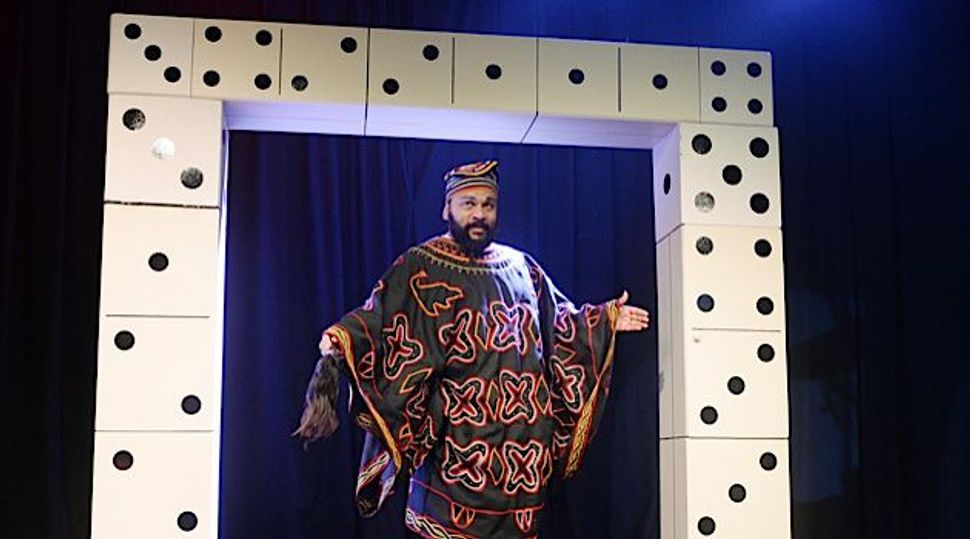 The European Court of Human Rights on Tuesday rejected claims by a French comedian that his right to speak freely was denied when he was convicted and fined in France for insulting Jews.

The court said Dieudonne M’bala M’bala, a provocative performer who has been repeatedly accused of hate speech and anti-Semitism, could not claim the protection of free speech guarantees in the European Convention on Human Rights.

Siding with the French court that convicted him in 2009, the European rights tribunal said it would not hear his appeal of the conviction because the show that led to it was “unmistakably negationist and anti-Semitic in nature.”

“If admitted, (the appeal) would contribute to the destruction of Convention rights and freedoms,” the court based in the eastern French city of Strasbourg said in a statement explaining its decision to reject his application.

At issue was a 2008 show in which the comedian, known by his stage name Dieudonne, invited an academic who had been convicted by French courts for denying the existence of Nazi gas chambers to join him on stage and collect “a prize for unfrequentability and insolence.”

The comedian himself was wearing a pair of striped pajamas like the clothing worn by concentration camp inmates, complete with a stitched-on yellow star bearing the word Jew, the rights court said in a statement.

It said it backed the initial verdict of France’s courts that the show “could no longer be seen as entertainment but had taken on the appearance of a political meeting.”

Dieudonne, Paris-born son of a Cameroonian father and French mother, began his comedy career with a Jewish sidekick in the early 1990s and appeared in several films.

Originally active with anti-racist left-wing groups, he began openly criticizing Jews and Israel in 2002 and ran in the European elections two years later with a pro-Palestinian party. He says he is not anti-Semitic but anti-Zionist.

Dieudonne has fallen foul of the law on many occasions since the one in question, with verdicts in further hate speech trials pending and moves afoot to bar him from a Paris theater that has been his main base in recent years. A successful appeal at the European court could have protected him in such cases.

In his last conviction in March, he was found guilty of condoning terrorism by posting a joke on his Facebook page about the January Islamist militant attacks that killed 17 people at the Charlie Hebdo satirical magazine and a kosher supermarket.

Charlie Hebdo can and does lampoon religions freely because blasphemy is not a crime in France. But Dieudonne’s jibes at followers of a specific religion, in this case Jews, fall under a law against inciting hatred of certain people or groups because of their race, religion or ethnicity.

France has Europe’s largest Jewish population, estimated at about 600,000, but also sees a steady emigration to Israel of Jews who say they no longer feel safe in the country.

Synagogues across the country are under armed military guard since the attacks in January. The four victims killed at the Hyper Cacher supermarket were all Jews.