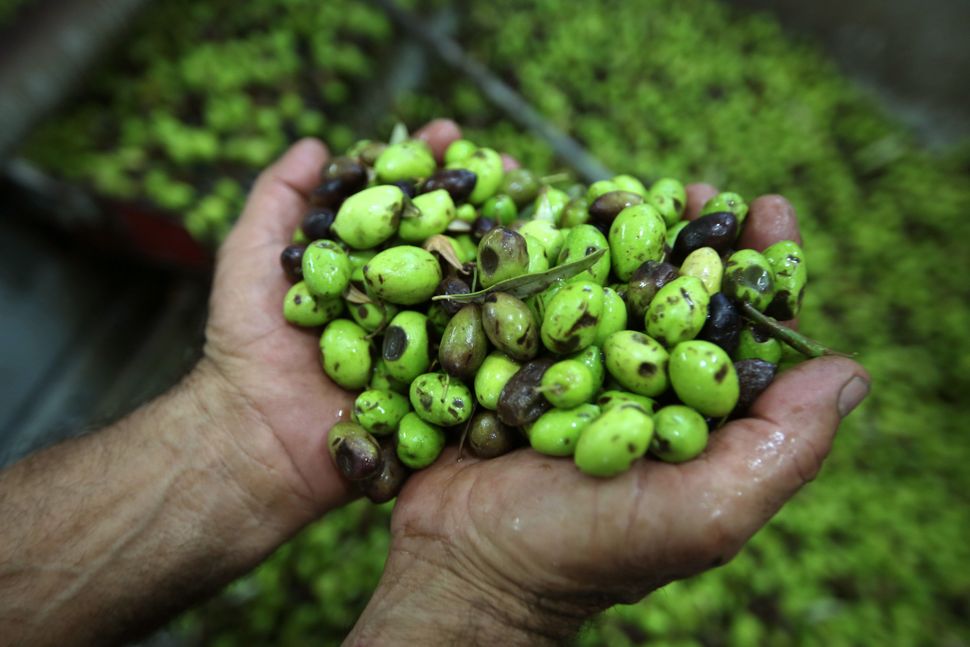 Few issues have caused more friction between Israel and the European Union than EU plans to impose labeling on goods produced in Jewish settlements on occupied land. And if Israel is right about the timing, the tensions could get worse.

The European Commission, the EU’s executive, is keeping tight-lipped about when the labeling measures will be approved.

But Israeli officials are convinced it will happen at a meeting in Brussels on Wednesday and are doing all they can to lobby against it. U.S. senators have written to the EU’s foreign policy chief urging her not to go ahead with the move.

“This is a discriminatory policy,” Energy Minister Yuval Steinitz said on Tuesday, a common Israeli refrain. “We all remember when Jewish products were last labeled in Europe,” he said, referring to Nazi Germany’s anti-Semitic policies.

The EU does not recognize Israel’s occupation of the West Bank, Gaza, East Jerusalem and the Golan Heights, lands it captured in the 1967 Middle East war, and says the labeling policy aims to distinguish between goods made inside the internationally accepted borders of Israel and those made outside.

“It’s an indication of origin, not a warning label,” the EU ambassador to Israel, Lars Faaborg-Andersen, told Reuters.

Some EU countries already affix labels to Israeli goods, differentiating between those from Israel and those, particularly fruits and vegetables, that come from the Jordan Valley in the occupied West Bank. If the Commission goes ahead on Wednesday, all 28 member states would have to apply labels.

From an economic point of view, the effect may be minimal. Consumers that want to avoid Israeli settlement goods probably already do so. Those who want to actively support Israel may now seek out settlement products to buy.

Israel’s Economy Ministry estimates the impact will be about $50 million a year, affecting fresh produce such as grapes and dates, wine, poultry, honey, olive oil and cosmetics.

That is around a fifth of the $200-$300 million worth of goods produced in settlements each year, but a drop in the ocean next to the $30 billion of goods and services Israel exports to the EU annually, a third of all its exports.

Israeli ministers have cast the EU’s plans as akin to a boycott of Israel, regarding it as little different to the boycott, sanctions and divestment (BDS) movement that Palestinians – who seek a state on occupied land including the West Bank and East Jerusalem – have advocated in recent years.

They have also accused the EU of double standards, saying EU labeling is not enforced in other places of occupation, such as northern Cyprus, Western Sahara, Kashmir or Tibet.

Faaborg-Andersen dismissed any suggestion of a boycott, pointing out that the EU was not telling consumers what to do – labels merely help them decide if they want a product or not.

He also said that the case of Cyprus, in which the north is not under government control and goods produced there are considered to be from Cyprus, “is an internal EU issue.”

The island has been split since a 1974 Turkish invasion; the the south is controlled by Cyprus’s internationally recognized government and is an EU member country.

While the ultimate impact may be marginal, some farmers in the West Bank could cease activity, said Yaron Solomon, head of the settlement department at Israel’s Farmers’ Union.

Also potentially affected are the more than 20,000 Palestinians who work in settlements, earning salaries far higher than those working on Palestinian-run farms.

The World Bank estimated in 2013 that easing restrictions on Palestinian activity and production in areas under full Israeli military occupation would add $3.4 billion a year to the Palestinian economy, boosting opportunities. Most of these restrictions are in place to protect Israeli settlements.

Some Jewish producers say their business will be unaffected.

Shiloh Wineries, which exports half of the more than 100,000 bottles of wine it produces annually, built its business around its West Bank location of Shiloh – the ancient capital of Israel before Jerusalem. The company said that biblical reference is what appeals to many Jews and Christians.

In the Jordan Valley, 900 farms earn $200 million a year, mainly from exports of dates and other produce, and employ 6,000 Palestinians. But the EU accounts for only about 10-20 percent of Jordan Valley exports as farmers have found new markets in Russia and Asia, even if rouble weakness has hurt them recently.

Ohad Cohen, head of the Foreign Trade Administration in Israel’s Economy Ministry, said origin rules already in place in Britain, Belgium and Denmark had had little impact on exports.