After a Tumultuous Year, How do Arab-Israelis Feel About Their Country? 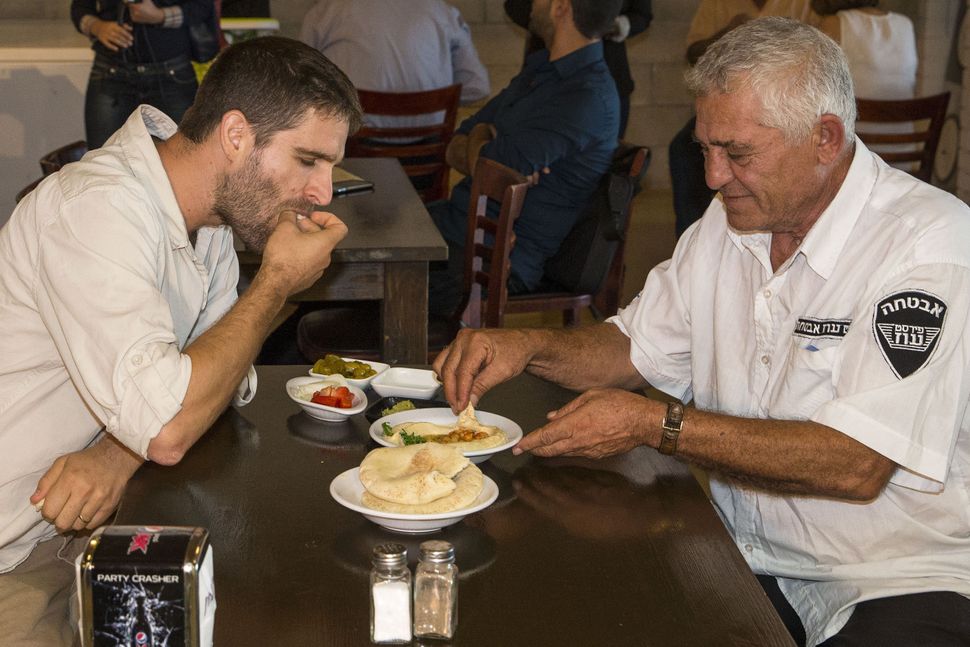 (JTA) — In April 2014, nearly 60 percent of Israel’s 1.7 million Arab citizens said they felt “part of the state and its problems.” The 11 months that followed saw the nationalistically motivated murders of four teenagers — three Jewish and one Arab — a two-month war in the Gaza Strip, a wave of terror in Jerusalem and a tense election campaign.

By March 2015, the month of the election, only 28 percent of Arab-Israelis felt part of the country and its problems.

That’s the starkest of several indications of Arab-Israeli alienation from the state in the latest Israel Democracy Index, a comprehensive annual survey of Israeli attitudes conducted by the Israel Democracy Institute think tank and presented Tuesday.

Notably, the tumultuousness of that year — which included 1,500 Arab Israelis arrested during protests, a string of riots and terror attacks in eastern Jerusalem and one hardline party pushing a plan that would put Arab population centers outside Israel’s borders — did not discernibly sour Jewish Israelis on their country. If anything, the opposite was in evidence.

In 2014, 69 percent of Jews felt good about their personal situation. In 2015, it was 76 percent. In both years, 42 percent of Jews said Israel was doing well. Last year, only a third of Jews said the government was handling the country’s problems well. This year, 36 percent said they trusted the government. Last year, 78 percent felt part of the state and its problems, as opposed to 88 percent in 2015.

But along with the scant 28 percent of Arab-Israelis that felt a sense of belonging in Israel in 2015, only 28 percent characterized the country’s situation as good, as opposed to 54 percent last year. Last year, 45 percent said there was a high level of tension between Jews and Arabs. This year: 67 percent.

In 2014, a majority of Arabs trusted then-President Shimon Peres, a champion of the two-state solution. This year, only 39 percent support President Reuven Rivlin — an opponent of Palestinian statehood — despite his efforts to reach out to and integrate Arabs-Israelis. The share of Arabs who trust the army dropped from nearly half to 36 percent.

Israeli Arabs’ pessimism extended to everyday life. In 2014, 57 percent of Arab-Israelis said they were discriminated against as a group. This year, that number jumped to 86 percent. Last year, 46 percent of Arab said they belonged to the “weak” half of Israeli society. This year, it was 66 percent.

Still, Arab-Israelis seem relatively happy with their personal lives. Nearly two-thirds said their lives were good this year, as opposed to just half last year. And this year, 83 percent of Israeli Arabs said they would stay in Israel even if they could gain citizenship in a Western country.

Just because they’re unhappy with the country, in other words, doesn’t mean they want to leave.

After a Tumultuous Year, How do Arab-Israelis Feel About Their Country?