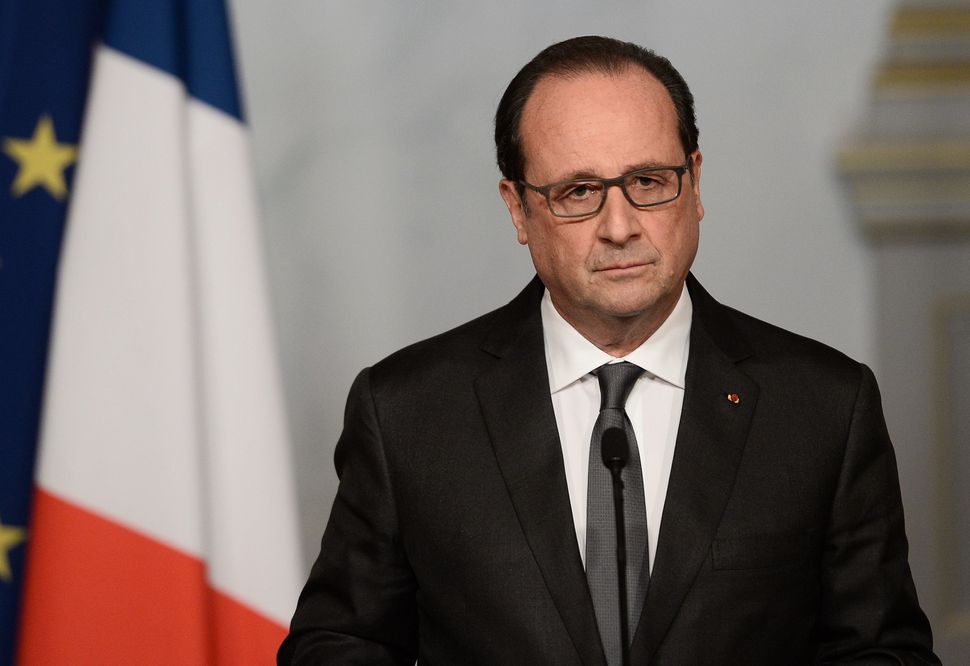 Police have identified two more French nationals who blew themselves up in the coordinated attacks in Paris on Friday, the prosecutor said, and also put out a request for a Belgian-born man they warned was dangerous.

“Two more terrorists killed in the night of Nov. 13 were today formally identified through finger prints,” the prosector said in a statement, adding they were French and living in Belgium.

The two men, aged 20 and 31, were suicide bombers at the Stade de France and at a bar in the 11th district.

On their Twitter feed the police said they were also seeking a Belgian-born man, Abdeslam Salah in connection with the attack, describing him “dangerous.”