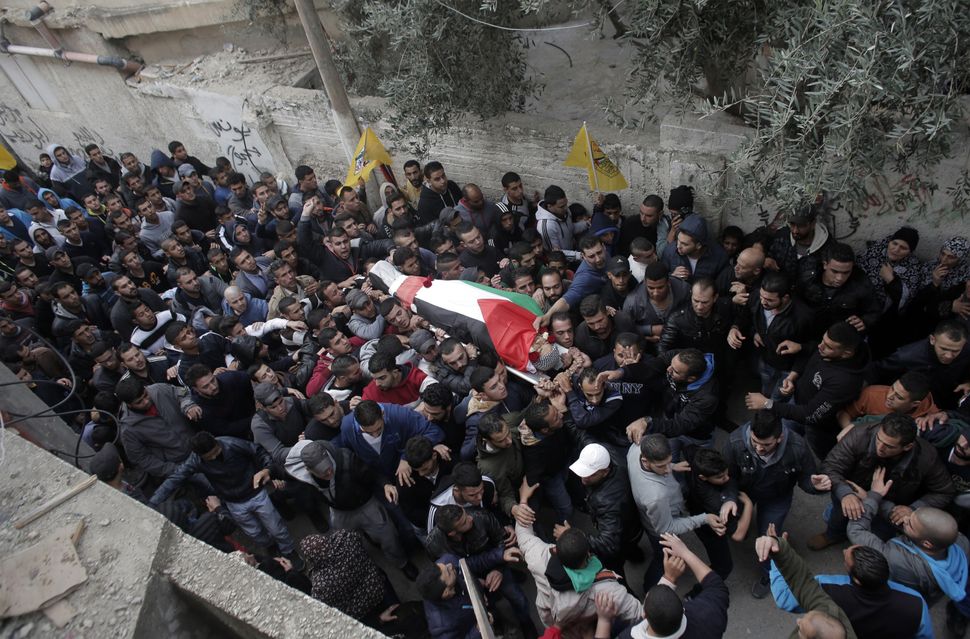 Israeli troops killed two Palestinian gunmen during a clash in the occupied West Bank on Monday that was sparked by an army incursion to demolish a jailed militant’s family home, Palestinian medical sources and residents said.

At least three other Palestinians in Qalandia refugee camp, near the West Bank city of Ramallah, were wounded in what was the fiercest armed confrontation in a seven-week-old surge of violence.

Defense Minister Moshe Yaalon said the incident would not make Israel rethink the demolitions policy, revived with the permission of Israel’s Supreme Court but criticized by civil rights groups that deem it collective punishment.

Israel said its troops had come under attack while razing the home of a Palestinian who killed an Israeli hiker in the West Bank in June.

“There was, indeed, violent resistance in Qalandia, but the (Israeli military) unit conducted itself in a very professional manner. It also carried out the mission, blowing up the home. It also hit the gunmen — four of them, according to the unit,” Yaalon told Israel Radio.

Asked whether the incident might make Israel think twice about such demolitions, Yaalon said: “Under no circumstances … There is no doubt fear of a home getting destroyed is a measure that offers great deterrence.”

On Sunday, Israel’s Shin Bet security service said it detained a Palestinian for killing two Jewish settlers in the West Bank last week after his relatives, “worried their home might be demolished,” turned him in.

Since Oct. 1, Israeli forces have killed at least 78 Palestinians, 45 of whom Israel says were carrying out or were about to commit attacks. At least 14 Israelis have been killed in stabbings and shootings, or by being run down by cars.

The bloodshed has been fueled by a dispute over access to a site in Jerusalem holy to both Muslims and Jews, as well as by the deadlock in Palestinian statehood talks.

“This house will be destroyed only over the bodies of 30,000 people living in this refugee camp,” one of the armed men, surrounded by cheering supporters, told Israel’s Channel 2 TV.