Mastermind of Paris Attack Identified — French Round Up Suspects 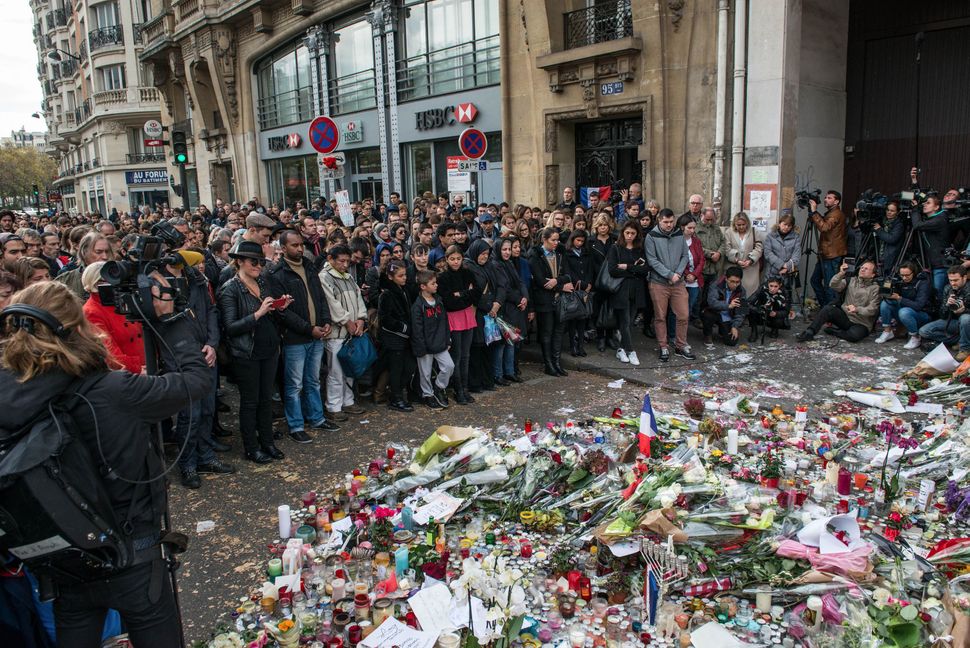 A Belgian national currently in Syria and believed to be one of Islamic State’s most active operators is suspected of being behind Friday’s attacks in Paris, acccording to a source close to the French investigation.

“He appears to be the brains behind several planned attacks in Europe,” the source told Reuters of Abdelhamid Abaaoud, adding he was investigators’ best lead as the person likely behind the killing of at least 129 people in Paris on Friday.

According to RTL Radio, Abaaoud is a 27 year-old from the Molenbeek suburb of Brussels, home to other members of the militant Islamist cell that carried out the attacks.

In February of this year, Islamic State’s online magazine Dabiq carried an interview with an Islamist bearing that name and boasting of having traveled through Europe unnoticed by security forces to organize attacks and procure weapons.

Abaaoud was also named in various media last year as the elder brother of a 13-year-old boy who left Belgium to become a child-fighter in Syria.

Interior Minister Bernard Cazeneuve said 168 homes were raided in France’s major cities and elsewhere, and 104 people had been put under house arrest in the last 48 hours.

Police seized 31 firearms as well as computer hard drives and telephones, and illegal drugs were found in 18 of the raids, Cazeneuve told journalists.

One Islamist militant suspected of arms and drugs dealing was found to have Kalashnikov assault rifles, automatic handguns and bullet proof vests.

In one raid on the house of the parents of a suspect, police found military fatigues and a rocket launcher in addition to more bullet proof vests and automatic handguns.

“We know that more attacks are being prepared, not just against France but also against other European countries,” Prime Minister Manuel Valls said on RTL radio.

Cazeneuve said police were making rapid progress in their investigation into a wave of shootings and suicide bombings in Paris which left 129 people dead.

“We are making use of the legal framework of the state of emergency to question people who are part of the radical jihadist movement … and all those who advocate hate of the republic,” Valls said.

Mastermind of Paris Attack Identified — French Round Up Suspects