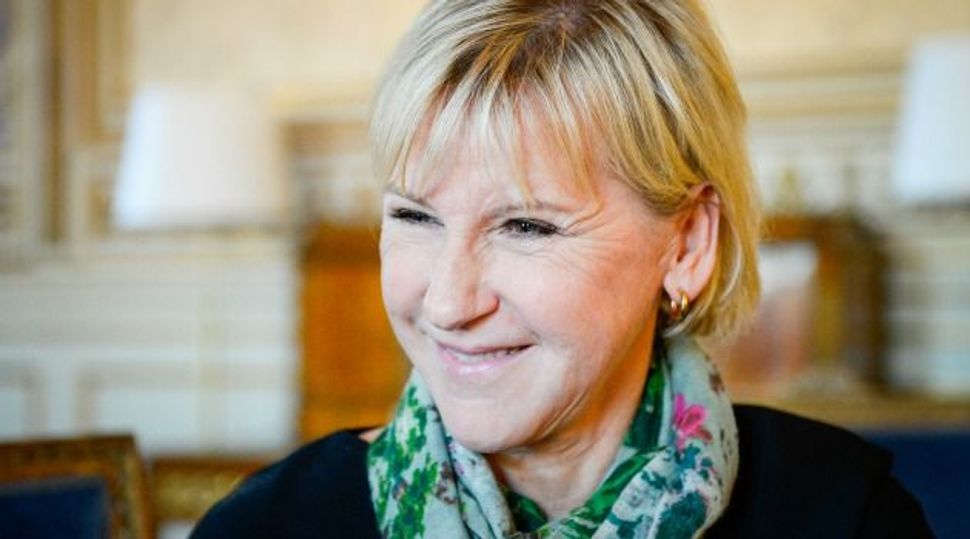 Sweden’s foreign minister said that tackling extremists like the jihadists who struck in Paris required dealing with hopelessness of Palestinians and others in the Middle East.

“To counteract the radicalization, we must return to the situation such as the one in the Middle East, in which, not at the least the Palestinians, see that there is no future,” Margot Wallström said in an interview with Sweden’s SVT television station about the Nov. 13 killing of 132 people in a series of attacks in the French capital.

French President Francois Hollande said the attack was “an act of war” by the Islamic State terrorist group.

Queried by the Times of Israel over the statement by Wallström – whose government last year was first in the European Union to recognize the Palestinian Authority as a country that Sweden calls Palestine — a spokesperson for the Israeli foreign minister said her words reflected “blindness.”

“It would seem that the Swedish foreign minister is afflicted with total political blindness,” Emmanuel Nahshon, the spokesperson, told the Times of Israel. “This blindness may lead to tragedy.”

The Swedish Embassy in Israel later said in a tweet: “FM has not said that Israeli Palestinian conflict is linked to tragic events in Paris. Sweden condemns all acts of terrorism.”