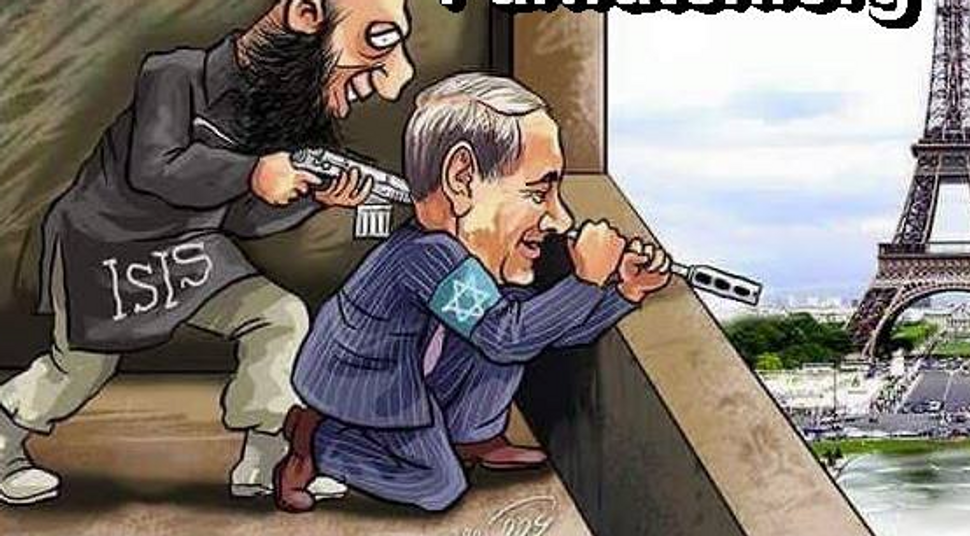 The Fatah party of Palestinian Authority President Mahmoud Abbas has suggested Israel is to blame for the terror attacks in Paris in Facebook cartoons.

Cartoons blaming Israel for the attacks were published on the party’s official Facebook page, Palestinian Media Watch reported Monday, one day after an Op-Ed in the official PA daily said that Israel’s Mossad intelligence agency was behind the attacks.

The Op-Ed was published Sunday in the Al-Hayat Al-Jadida and translated by PMW.

“It is not a coincidence that human blood was exploded in Paris at the same time that certain European sanctions are beginning to be implemented against settlement products, and while France leads Europe in advising the security council that will implement the two-state solution, Palestine and Israel — which the Israelis see as a warning of sudden danger coming from the direction of Europe, where the Zionist, occupying, settling endeavor was born,” the Op-Ed reads.

The PA newspaper also ran a cartoon that compares Israel to ISIS — an Israeli decapitates the Al-Aqsa mosque next to an ISIS terrorist beheading a hostage simultaneously and with the same sword.

Abbas and Fatah both condemned the Paris attacks.