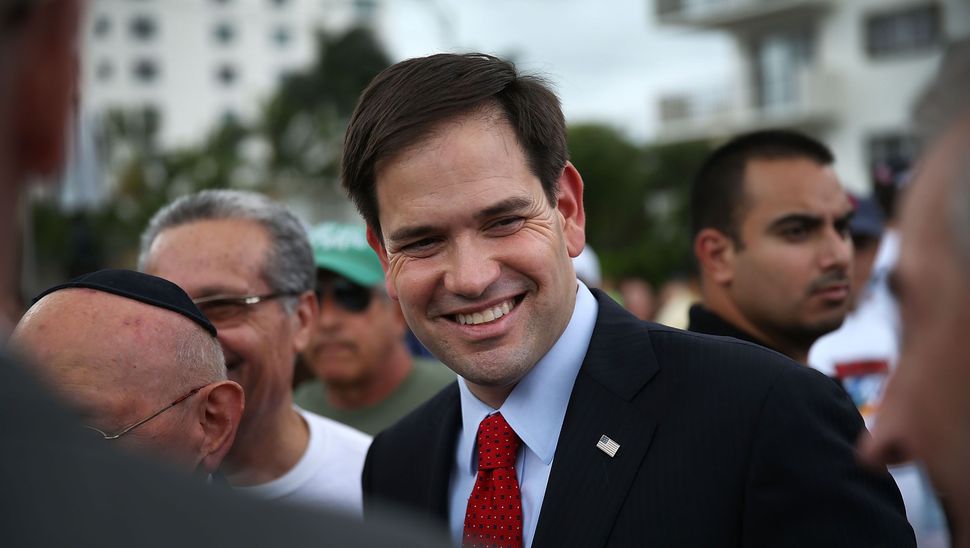 Local media said several hundred people attended the “Never Again” rally on Sunday at the Holocaust memorial in Miami Beach marking the 77th anniversary of Kristallnacht, the state-sponsored attacks on Jewish communities in Germany and Austria that presaged the Holocaust.

Bill Nelson, a Democrat, joined his fellow Florida U.S. senator at the event sponsored by an array of groups, including the Greater Miami Jewish Federation and some Christian groups, the Miami Herald reported. Both senators were among the speakers who criticized as anti-Semitic the Boycott, Divestment and Sanctions movement targeting Israel.

Rubio noted the massive terrorist attack in Paris over the weekend.

“We were reminded this week that unfortunately, evil is alive and well in the world,” Rubio was quoted as saying by the local NBC affiliate. “And we are reminded that we are still called to be vigilant and to defeat it in every form that it takes.”

Nelson drew some jeers for his vote in September in favor of the Iran nuclear deal, the Herald reported.

Another speaker was Norman Braman, a past president of the Greater Miami Jewish Federation and Rubio’s principal backer in the race for the GOP presidential nod. Braman is the owner of several car dealerships.