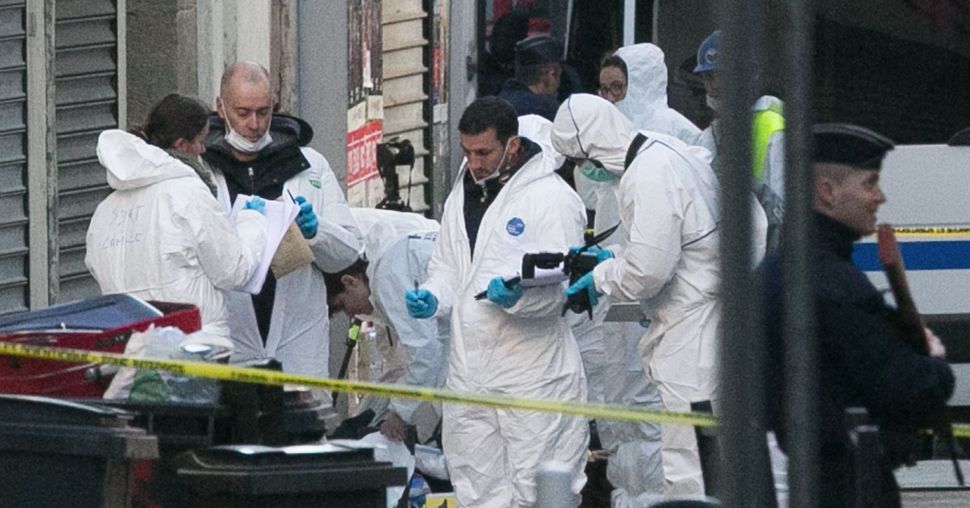 The suspected mastermind of last week’s Paris attacks was killed in the police raid of an apartment north of the capital, French officials said on Thursday.

Abdelhamid Abaaoud, a 28-year-old Belgian militant who had boasted of mounting attacks in Europe for the Islamic State, was accused of orchestrating last Friday’s coordinated bombings and shootings in the French capital, which killed 129 people.

“It was his body we discovered in the building, riddled with bullets,” a statement from the Paris prosecutor said, a day after the pre-dawn raid. The prosecutor later added that it was unclear whether Abaaoud had detonated a suicide belt.

Prime Minister Manuel Valls broke the news in Parliament to applause from lawmakers who were voting on Thursday to extend the country’s state of emergency for another three months.

“We know today … that the mastermind of the attacks – or one of them, let’s remain cautious – was among those dead,” Valls told reporters. Confirmation that Abaaoud was in Paris will focus more attention on European security services, who ahead of Friday’s attacks had thought he was still in Syria.

“This is a major failing,” said Roland Jaquard at the International Observatory for Terrorism.

Early on Wednesday morning, investigations led police to the house where Abaaoud was holed up in the Paris suburb of St. Denis. Heavily armed officers stormed the building before dawn, triggering a massive firefight and multiple explosions.

Officials had said on Wednesday that two people were killed in the raid, including a female suicide bomber who blew herself up. Forensic scientists were trying to determine whether a third person had died. Eight people were arrested.

Investigators believe the attacks – the deadliest in France since World War Two – were set in motion in Syria, with Islamist cells in neighboring Belgium organizing the mayhem.

The victims came from 17 different countries, many of them young people out enjoying themselves at bars, restaurants, a concert hall and a soccer stadium near where Wednesday’s police raid took place.

Islamic State, which controls swathes of territory in Syria and Iraq, has claimed responsibility, saying the attacks were in retaliation for French air raids against their positions over the past year.

France has called for a global coalition to defeat the extremists and has launched air strikes on Raqqa, the de-facto Islamic State capital in northern Syria, since the weekend. Russia has also targeted the city in retribution for the downing of a Russian airliner last month that killed 224.

The Russian air force on Wednesday carried out a “mass strike” on Islamic State positions around Syria, including Raqqa, Russian news agencies reported.

Paris and Moscow are not coordinating their air strikes in Syria, but French President Francois Hollande is due to meet Russian President Vladimir Putin in Moscow on Nov. 26 to discuss how their countries’ militaries might work together.

Two days before that, Hollande will meet in Washington with U.S. President Barack Obama to discuss the role of a U.S.-led coalition in any unified effort against Islamic State.

France is one of several European countries participating in the U.S.-led coalition’s strikes against Islamic State targets in Iraq, and two months ago became the only European country to join strikes in Syria as well.

Obama on Thursday reiterated the U.S. position that eradicating the group was tied up with ending the civil war in Syria, which could not happen as long as President Bashar al-Assad was in power.

“Bottom line is, I do not foresee a situation in which we can end the civil war in Syria while Assad remains in power,” he told reporters in Manila on the sidelines of the annual Asia-Pacific Economic Cooperation (APEC) summit.