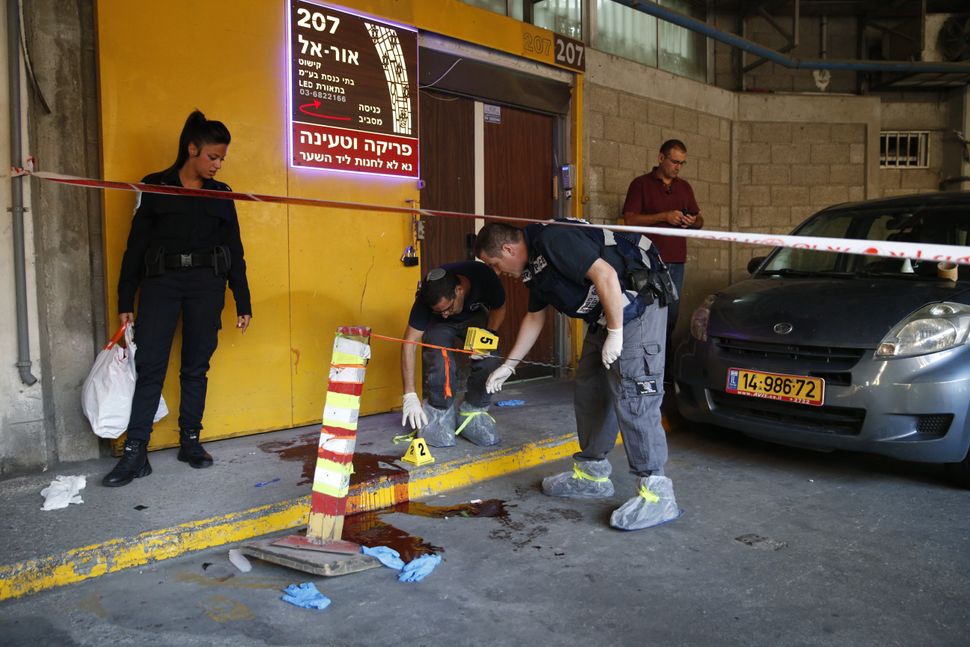 The mother of a Palestinian terrorist who stabbed two Israelis to death called her son a “source of pride for Hebron and Palestine.”

Raid Halil bin Mahmoud, 36, who also moderately injured a third man during a prayer service in a Tel Aviv building, attributed his actions to the “pain” he felt for the situation of the Palestinians. He was overpowered by civilians and then arrested by Shin Bet officials.

Mahmoud’s mother made her comments Thursday on Hamas television, the Times of Israel reported.

Mahmoud, a father of five from the West Bank town of Dura, near Hebron, was given a permit to find work in Israel just four days ago after a background check that found he did not have a concerning criminal record.

“There is no immunity for terrorists,” Netanyahu said. “We will hold them to account, we will exact a price from their families, we will destroy their homes, and we will cancel their citizenship.”

He said that Israel is a victim of the same “radical Islam” that carried out the recent terrorist attacks in Paris.

“Whoever condemned the attacks in Paris need to condemn the attacks in Israel. It’s the same terror,” he said. “Whoever does not do this is a hypocrite and blind.”