Teenage Palestinian Girl Run Down After Trying To Stab Settlers 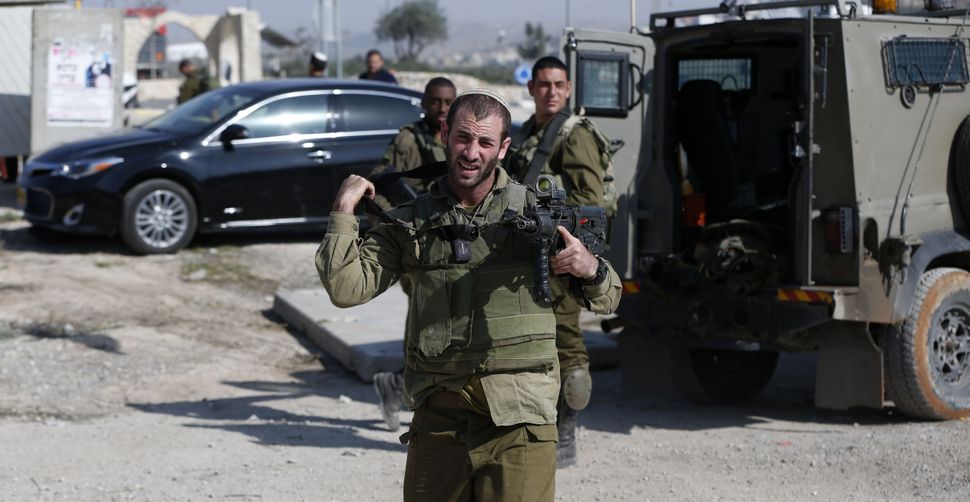 Three Palestinians carrying out knife attacks on Israelis were killed in the occupied West Bank on Sunday, Israeli police and the military said, as an eight-week-old wave of violence showed no signs of dying down.

A surge in street violence since Oct. 1 has challenged Israel’s security system and alarmed the United States, whose Secretary of State John Kerry is due to visit the region this week.

Eighty-three Palestinians in all have been killed, some while carrying out attacks and others in clashes with Israeli forces, while 18 Israelis and an American student have been killed in Palestinian stabbings, shootings and car rammings.

In the latest incident, police said a Palestinian stabbed and seriously wounded an Israeli woman at a junction near a West Bank settlement bloc. A military spokesman said the assailant was shot and killed.

Earlier, a Palestinian teenager was killed while she was trying to stab two Israeli women at a junction popular with Jewish settlers, police said. She was run down by a Jewish settler and shot by security forces.

In another incident, a Palestinian tried to ram a taxi into Israelis at a West Bank junction near Jericho and then got out with a knife in his hand to stab them, before an armed Israeli at the scene shot him dead, police said.

The Palestinian government said in a statement that Israel was carrying out unlawful killings and “accusing every victim of holding a knife” or ensuring a knife was dropped at the side of alleged attackers.

The bloodshed has been driven in part by Muslim agitation over stepped-up Jewish visits to a contested Jerusalem shrine, and by long-deadlocked talks on a U.S.-sponsored peace deal between Israel and the Palestinians.

Prime Minister Benjamin Netanyahu, speaking earlier in public remarks to his cabinet, said Israel was facing “terrorism by individuals” that was largely unorganized and stoked mainly by social media.

The U.S. State Department said Kerry would begin his Nov. 22-24 Middle East visit in Abu Dhabi, after which he would come to Israel and the Palestinian territories.

A senior U.S. official said Kerry would discuss ways of trying to stem the violence but would not try to renew negotiations on a state that Palestinians seek in territories Israel captured in the 1967 Middle East war.

Teenage Palestinian Girl Run Down After Trying To Stab Settlers