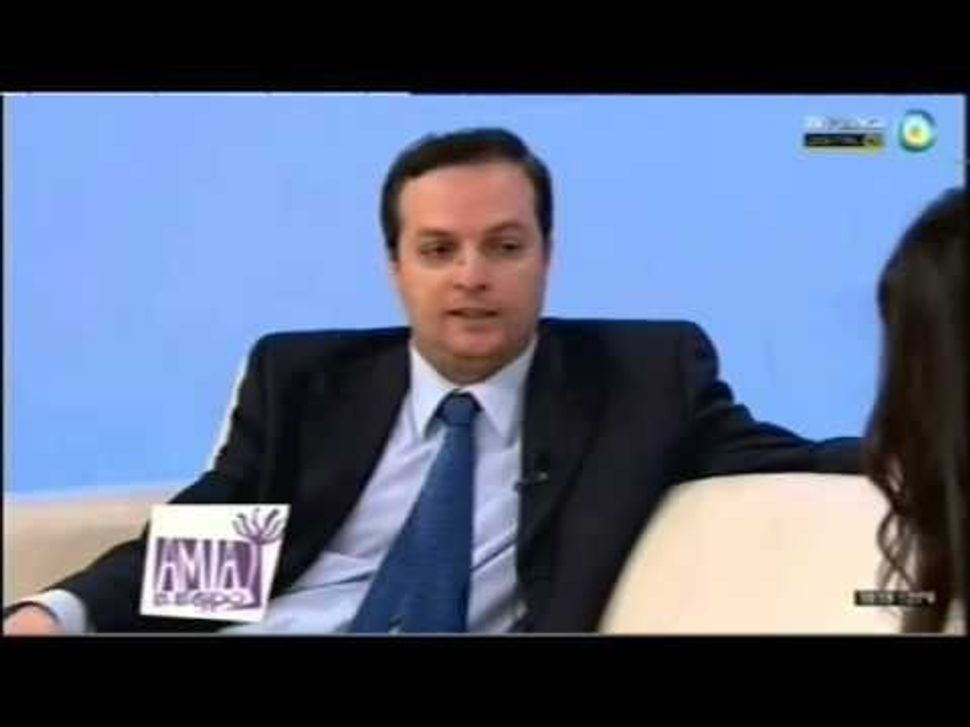 An Orthodox Jew will head the Argentine Jewish political umbrella for the first time in its 80-year history.

Ariel Cohen Sabban was elected Nov. 19 with 52 percent of the vote to 44 percent for the incumbent, Julio Schlosser. He will start his three-year term on Dec. 15.

“Not only a president was elected, but an entire team, which includes Orthodox Jews and also Conservatives, social and sports institutions,” Cohen Sabban told the Argentine media after his victory. “We will represent the entire Jewish community.”

DAIA encompasses the 125 Jewish institutions in Argentina and has 25 local branches. It is also the liaison between Argentine Jewry and the national government.

Cohen Sabban, currently the treasurer of AMIA, the central Jewish institution in Buenos Aires, is part of a growing trend of Orthodox people leading Jewish institutions. He took a leadership position at AMIA in 2008, when the United Religious bloc won in the group’s elections for the first time in history. It remains in power after winning two elections.

Cohen Sabban, a religious Zionist, last year recognized the Israeli team that came to Buenos Aires to help in rescue efforts at the AMIA building after the 1994 attack that left 85 dead and hundreds injured.

The new DAIA administration will coincide with a new national government, which will start on Dec. 10 following runoff elections on Sunday.

Cohen Sabban said he will immediately ask the new government to cancel Argentina’s memorandum of understanding signed with Iran agreeing to a joint investigation of the AMIA attack.

“We will collaborate with Argentina to achieve justice,” Cohen Sabban told Infobae TV news during an interview, in which he was joined by new DAIA vice presidents Alberto Indij and Santiago Kaplun, both attorneys, who said they will focus on the judiciary resolution of the ’94 AMIA bombing, the pact with Iran and the still-unsolved death of AMIA special prosecutor Alberto Nisman, as well as the 1992 bombing of the Israeli Embassy in Argentina.