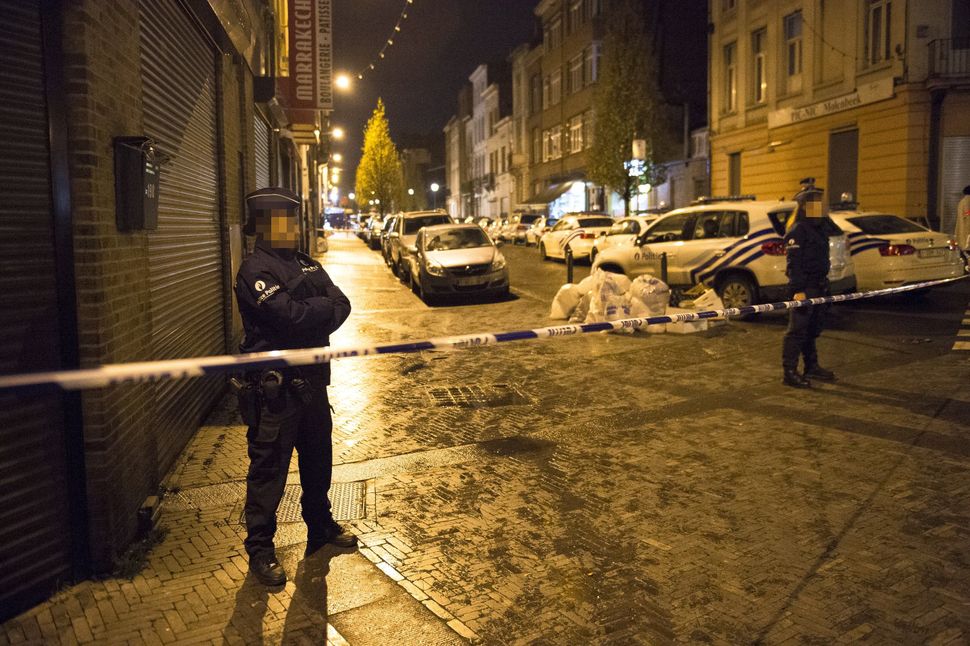 Brussels synagogues were shut over the weekend as Belgium authorities imposed a widespread lockdown amid fears a Paris-style mass terror attack was imminent.

The lockdown came as Belgian armed police mounted raids across Brussels late on Sunday after the prime minister announced another day of lockdown in the capital.

Shortly before midnight, the public broadcaster said the operations had concluded and there would be a news conference by the state prosecutor at midnight (2300 GMT).

Prime Minister Charles Michel, speaking after a meeting of security chiefs called to review the threat status, said the capital’s metro, universities and schools would be closed on Monday.

For the rest of the country, a threat level of three on a four-tier scale would remain in place, Michel said. Brussels would remain at level four, meaning an attack was imminent, as it has been since Saturday.

“What we fear is an attack similar to the one in Paris, with several individuals who could possibly launch several attacks at the same time in multiple locations,” Michel told a news conference.

Armed police mounted searches in several parts of the capital on Sunday evening and cordoned off areas close to the city’s main tourist attraction, the Renaissance Grand Place around the town hall.

Helicopters could be heard flying over Brussels.

He said a new evaluation of the situation would be made on Monday afternoon and everything was being done to return the city to normal as quickly as possible.

Commuters trying to get to work on Monday are expected to suffer delays as a result of the metro closure, though some companies had already indicated on Sunday they were ready for staff to work from home.

Belgium has been at the heart of investigations into the Paris attacks on Nov. 13 that left 130 people dead after links with Brussels emerged.

In France, investigators on Sunday extended into a fifth day the detention of a man arrested on Wednesday outside the building where the suspected ringleader of the Paris attacks died in a raid. Police also released a picture of a man they said had blown himself up in the attacks and called for witnesses.

Two of the Paris suicide bombers, Brahim Abdeslam and Bilal Hadfi, had been living in Belgium. Fugitive suspected militant Salah Abdeslam, Brahim’s 26-year-old brother, slipped back home to Brussels from Paris shortly after the attacks.

“It is a threat that goes beyond just that one person,” he told broadcaster VRT. “We’re looking at more things, that’s why we’ve put in place such a concentration of resources.”

Bernard Clerfayt, the mayor of the Brussels district of Schaerbeek, was quoted by broadcaster RTBF as saying there were “two terrorists” in the Brussels area ready to carry out violence.

Mohamed Abdeslam, the brother of Brahim and Salah, urged Salah in an interview on RTBF television to give himself up, adding that he believed Salah was still alive because he had had a last-minute change of heart while in Paris.

WITHOUT PRECEDENT SINCE WORLD WAR TWO

Intelligence, police and judicial officials reviewed the alert status during the day. The national security council, including top ministers, convened later on Sunday.

The government has advised the public to be alert rather than panic-stricken. People have been told to avoid crowds in the capital, while authorities have also closed museums, cinemas and shopping centers. Clubs and venues have canceled events.

Brussels’ chief rabbi Albert Gigi told Israel’s Army Radio on Sunday that the city’s synagogues were shut over the weekend for the first time since World War Two.

Soldiers are on guard in parts of Brussels, a city of 1.2 million people and home to institutions of the European Union and the headquarters of NATO.

That said, Brussels on Sunday morning resembled most other Sundays, with the normal limited number of shops, such bakeries and small supermarkets open, and many churches in the largely Catholic country still holding services. However, larger markets were shut.

The latest measures go far beyond those taken the last time Brussels was put on level four alert, for about a month at the end of 2007 and the start of 2008, when authorities intercepted a plot to free convicted Tunisian Nizar Trabelsi from a Belgian jail.

Then the city closed the downtown Christmas market early and canceled its New Year fireworks display.