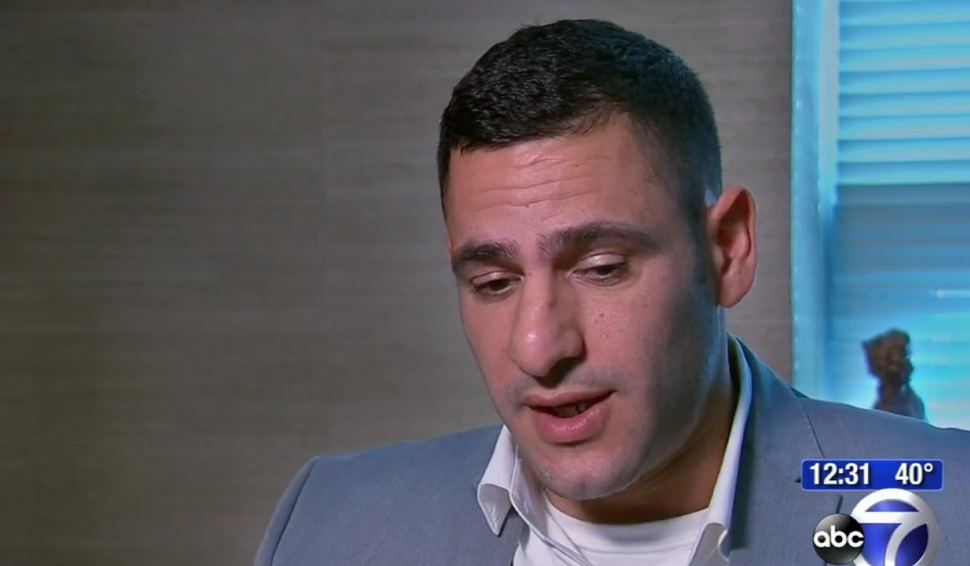 An ex-police officer assigned to the World Trade Center says he was barraged with anti-Semitic comments on a daily basis — and he has the tapes to prove it.

“Every day when I would go to work, literally every step I would take closer to the building, I would just feel my mood changing,” he said. “Every day, to hear the same things, I felt like I was caged.”

The nastiness started soon after he arrived at the World Trade Center Command — and never stopped, .

In one recording Attali made, an officer is heard making a joke about the Holocaust.

In another recording, not one, not two, but three officers are heard to be making even more hateful comments.

Ads for pork were also posted on his locker, Attali alleged and, the WABC report says, Officer Christopher Delbrocolo often called him a “dirty Jew.”

The NYPD is investigating and three cops have been hit with disciplinary charges.

Attali quit last year and is suing the city and nine officers, including Delbrocolo.

He told The Daily News that he believes other cops resented that he was given off Saturdays to observe the Sabbath.