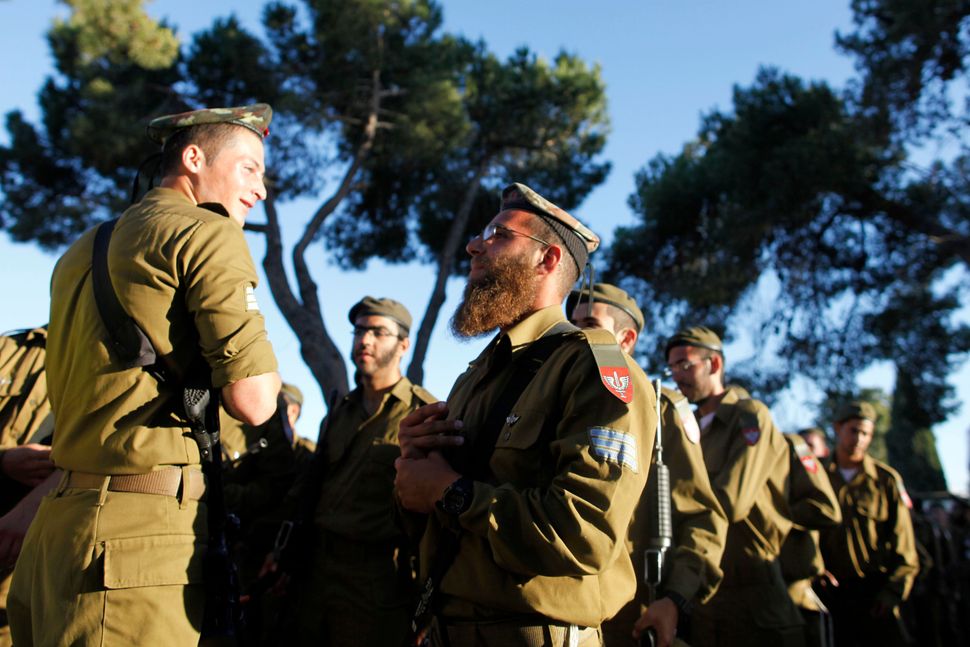 Israeli lawmakers approved an amendment that further postpones the mandatory military conscription of haredi Orthodox men and removes the penalties for not enlisting.

The amendment to the Equal Service law originally passed in 2014 was approved on its second and third readings late Monday night by a vote of a 49 to 36. Lawmakers from the Joint Arab List coalition were absent for the vote.

Under the amendment, the law will not go into effect until 2020, with a second set of deadlines in 2023. The new amendment also cancels penalties against yeshiva students who do not enlist and collectively against the haredi Orthodox community if enlistment quotas are not met.

The centrist Yesh Atid party led by Yair Lapid said it would appeal the amendment to the Supreme Court.

The Tal Law, which allowed haredi men to defer army service indefinitely, was invalidated by Israel’s Supreme Court in February 2012 and expired in August that year.