Massachusetts Lawmakers Under Fire for Trip to Israel 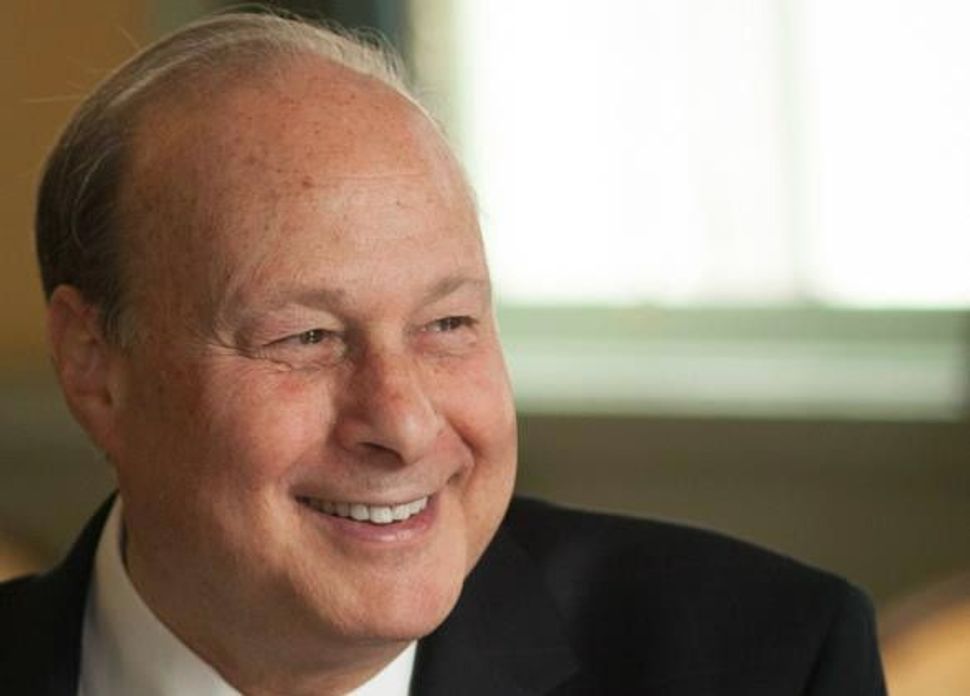 The president of the Massachusetts state Senate and nine colleagues have come under fire from a pro-Palestinian coalition for their upcoming mission to Israel.

On Monday, about 25 demonstrators from the the Boston Alliance for Water Justice protested the trip on the steps of the statehouse. Later they delivered a petition signed by 1,200 Massachusetts residents to the office of Stanley Rosenberg, the president of the state Senate, and the other senators going on the 10-day trip, as well as the office of Gov. Charlie Baker.

The alliance called the trip scheduled for early next month a tacit endorsement of Israel’s policies on settlement building in the West Bank and human rights violations against Palestinians. In addition, the group asserted that the trip is politically motivated and has no economic benefit to the state. The alliance includes Jewish Voice for Peace Boston, Jewish Women for Justice in Israel/Palestine, Massachusetts Peace Action and other organizations.

The Jewish Community Relations Council of Greater Boston organized the mission, which is aimed at promoting continuing economic and cultural ties between the state and Israel. In early October, the state senate adopted a nonbinding resolution backed by the JCRC reaffirming its support for Israel and rejecting efforts to isolate the country.

According to an earlier report in the Boston Globe, Baker said that he has talked about a trip to Israel at some point, based on the “unbelievable amount of tech transfer” between Israel and Massachusetts.

Rosenberg, the state’s first Jewish senate leader, who has traveled previously to Israel, echoed the governor’s observation on the large of amount of economic interaction with Israel.

In a statement released by his office to JTA, Rosenberg added: “Citizen diplomacy is a powerful tool in building understanding about the challenges and opportunities facing national governments. The more we learn and foster relationships, the greater the likelihood that national governments will listen to the concerns of outside citizens.”

When the trip was made public in late October, JCRC executive director Jeremy Burton told the Boston Globe that the trip is being paid for with a grant from the Combined Jewish Philanthropies, the Boston area’s Jewish federation. He also stressed the major economic interaction between Massachusetts and Israel.

A study two years ago found that in 2012, businesses in Massachusetts with ties to Israel contributed $6 billion in revenue and nearly 7,000 jobs in the state.

Massachusetts Lawmakers Under Fire for Trip to Israel