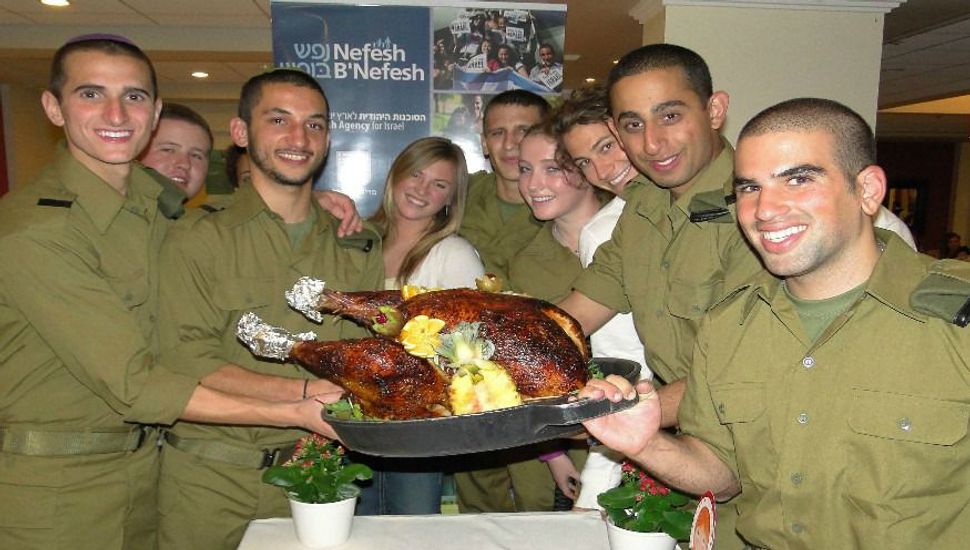 Some 200 lone Israeli soldiers from North America will attend a special Thanksgiving dinner catered by a former lone soldier from New York.

The holiday dinner on Thursday, at the Beit Hachayal in Tel Aviv, will be hosted by Nefesh B’Nefesh, Friends of the Israel Defense Forces, Israel’s Ministry of Aliyah and Immigrant Absorption, the Jewish Agency for Israel, Keren Kayemeth LeIsrael, and the Jewish National Fund. The dinner will allow the young immigrants without family in Israel to celebrate the traditional American holiday.

“When I was a lone soldier, I celebrated Thanksgiving with only a few friends,” said Idan Ianovici, owner of Vici Deli in Raanana, who served in the IDF’s Armored. He will prepare the soldiers a meal that includes cranberry sauce, pumpkin pie and other traditional Thanksgiving fare.

The soldiers will be joined by other new immigrants from North America.

“Thanksgiving is a very family-oriented holiday,” said Marc Rosenberg, director of pre-aliyah at Nefesh B’Nefesh. “We wanted to give new olim who arrived alone, including lone soldiers, the opportunity to celebrate this American holiday with other Anglo olim here in Tel Aviv.”