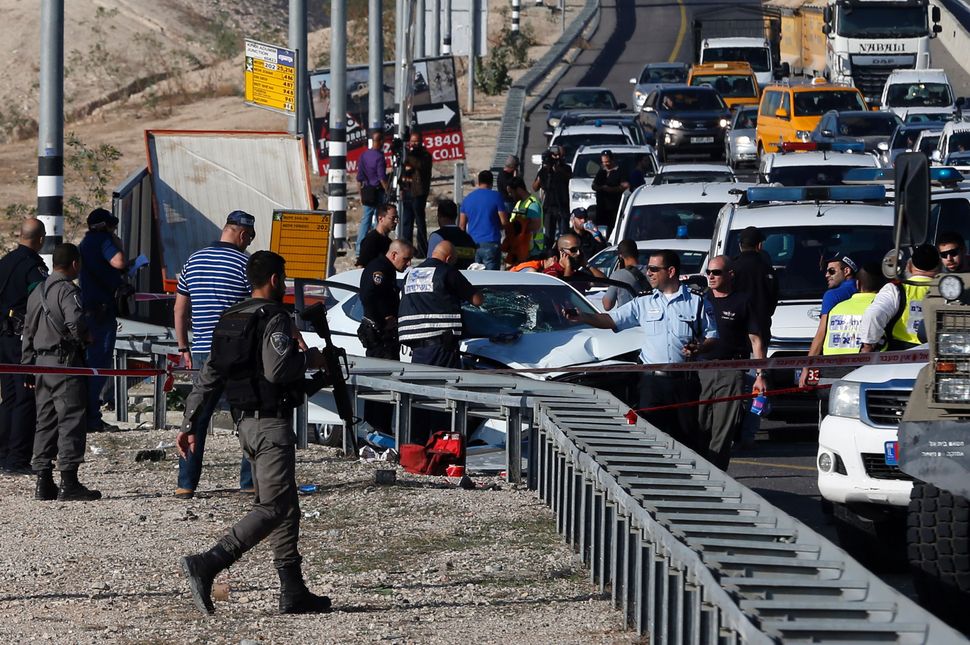 Two Palestinians rammed vehicles into Israeli soldiers in separate attacks in the occupied West Bank on Friday and were then shot dead, Israeli police and military said.

A wave of Israeli-Palestinian violence that began more than eight weeks ago has shown no end in sight. It is the worst unrest since last year’s Gaza war and has prompted talk of a new Palestinian uprising, or Intifada, against Israel.

Near the city of Hebron, a Palestinian slammed his car into a group of Israeli soldiers wounding six, before being shot dead, a military spokesman said.

Police and the Palestinian Health Ministry said the driver was the brother of a man who on Sunday had been shot dead in a similar incident nearby.

Almost-daily Palestinian stabbings, car rammings and shootings, have killed 19 Israelis and one U.S. citizen since Oct. 1 and Israeli forces have killed 92 Palestinians, some of whom were carrying out assaults and others in clashes with police and troops. Many of those killed have been teenagers.

The attacks, many of them carried out spontaneously, have been fueled in part by Muslim anger over Jewish visits to the Aqsa mosque compound in Jerusalem, Islam’s third holiest site, which is sacred in Judaism too.

The Palestinians are also frustrated by the failure of decades of peace talks to deliver them an independent state and have accused Israel of using excessive force to quell attacks, saying that in many cases assailants could have been stopped and detained without being shot and killed.

The first Palestinian intifada lasted from 1987-1993 and the second from 2000-2005, although both were far more intense and deadly than the present wave of violence.

A flash visit to Israel and the Palestinian territories by U.S. Secretary John Kerry on Tuesday, aimed at quelling the violence, has not shown any sign of success.