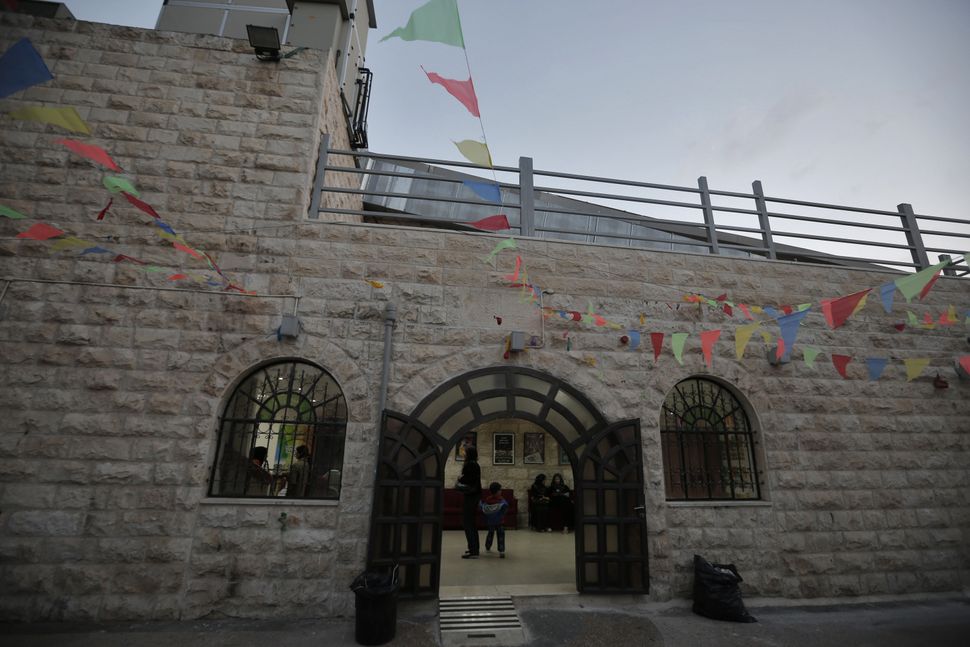 The Palestinian National Theatre, which for three decades has been the leading performing arts and cultural center for Arabs in Jerusalem, is facing closure after running up large municipal debts, its director said on Friday.

Known as “Al Hakawati” (The Storyteller), the theater has amassed unpaid bills of $150,000 over the past five years, with money owed to city hall, to the national insurance fund and to the local Israeli electricity company.

Opened in 1984 in predominantly Arab East Jerusalem, Al Hakawati has received international acclaim for its performances and its training of young actors. It often puts on productions with groups from the United States, Britain and France.

“We are the only professional theater in East Jerusalem,” director Amer Khalil told Reuters. “I hope we can manage to get at least half the money we owe by Sunday or Monday, otherwise we will be closed down.”

Adnan Al-Husseini, the Palestinian Authority governor of Jerusalem told Reuters he expected Palestinian President Mahmoud Abbas would step in and prevent the theater’s closure. “The President has given orders and the money needed will be given. On Monday the issue will be resolved and over,” he said.

The theater operates as an NGO and has received donations from Europe, the United States and others in the past. Khalil said donors and friends had been calling and he hoped they would pledge enough to pay off the debts.

There has been friction between Al Hakawati and Israel in the past. In 2008, Israeli police deployed at the theater to stop it holding a festival entitled “Jerusalem, the Arab Cultural Capital for 2009.”

Israel refers to Jerusalem as its “eternal and indivisible” capital and regards the city as a leading center of Jewish culture and tradition. Palestinians want East Jerusalem – captured and occupied by Israel in 1967 – as the capital of an independent Palestinian state.

Some Palestinian commentators described the squeeze on Al Hakawati as part of a wider push by Israel to marginalize Arabic cultural and arts institutions. But Khalil said he didn’t think that was the case in this instance.

“In this case, we are just facing the problem of debts,” he said. “In general, there has been a problem with us using this building in the past and having a Palestinian cultural center in Jerusalem, but now it is just about the money.”

In June this year, Israel’s culture minister froze funding to an Arab theater after it performed a play about Palestinians jailed by Israel. She also threatened to cut funding to an Arab-Israeli theater that refused to perform in a Jewish settlement in the occupied West Bank.

Israeli artists have even protested against the culture minister, Miri Regev, a former army spokeswoman from the right-wing Likud party, saying she has no understanding or appreciation for the arts.—Reuters