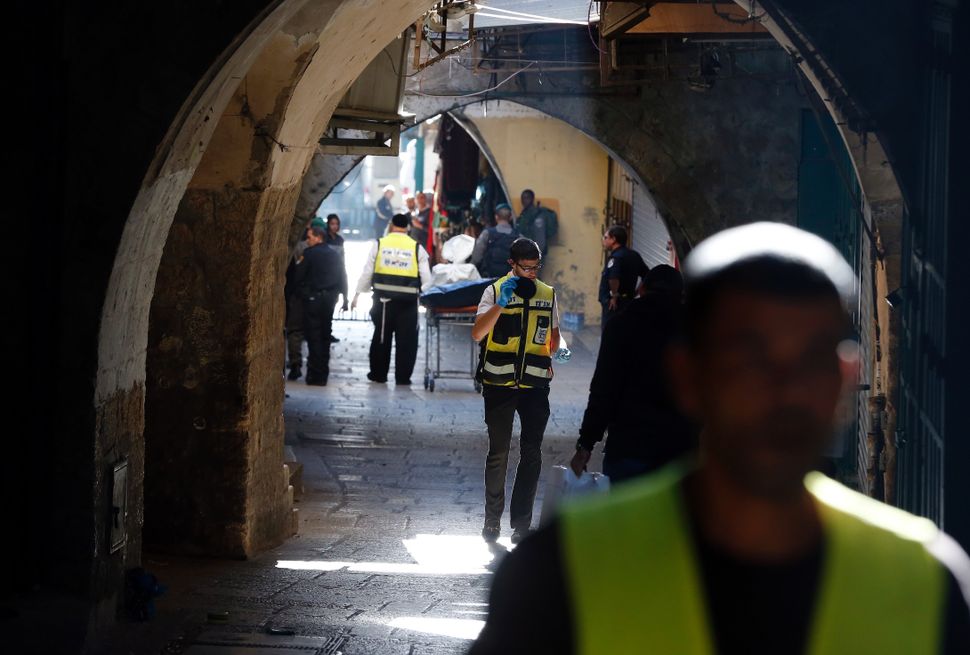 An Israeli Border Policeman and a civilian woman were injured in two separate stabbing attacks in Jerusalem.

The police officer was injured on Sunday morning at the Damascus Gate, an entrance to the Old City of Jerusalem. The Palestinian assailant, a resident of Nablus in the northern West Bank, emerged from the Damascus Gate and shouted “Allahu Akbar,” or God is great before stabbing the officer in the neck, according to police. The assailant was shot and killed, according to the Israel Defense Forces.

The second attack occurred about two hours later. A woman, 30, waiting at a bus stop in Jerusalem was stabbed in the back. She was taken on to a bus that arrived at the stop and treated until an ambulance transferred her to a Jerusalem hospital.

The assailant, who fled the scene, was arrested an hour later after a manhunt in the area, according to the IDF who identified him as a 17-year-old resident of Hebron. Two accomplices also were arrested.