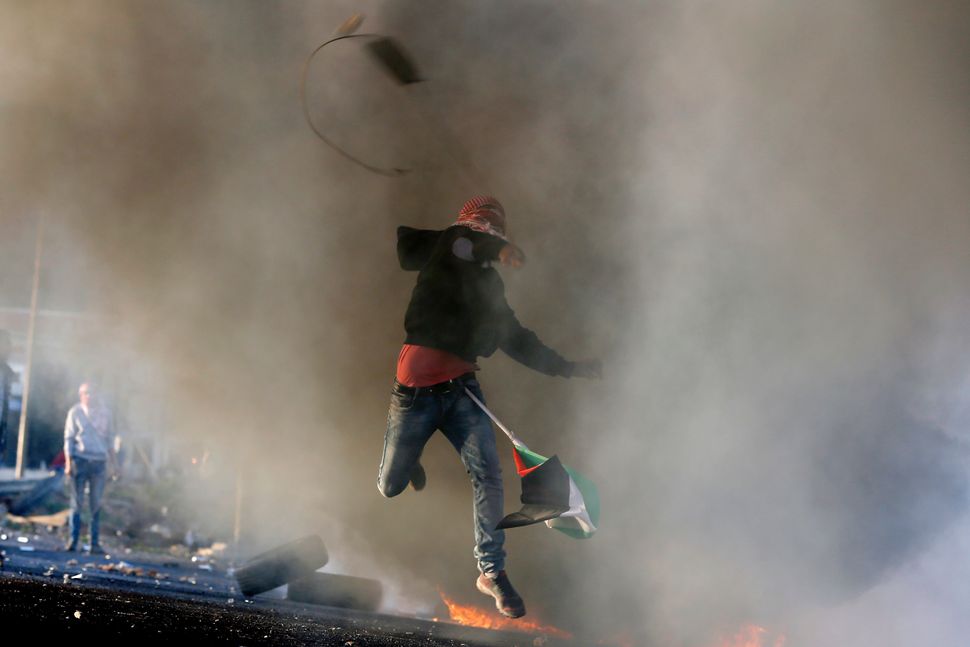 A Palestinian teen was shot and killed during clashes with Israeli troops in eastern Jerusalem, the Palestinian news agency reported.

Maan reported that the 17-year-old was shot in the Ras al-Amoud neighborhood of Silwan. The teen had spent 18 months in Israeli jails and another 10 months under house arrest, according to Maan.

According to the Israel Police, Palestinian rioters threw firebombs at security forces on patrol in Silwan, who fired at the rioters’ lower extremities after feeling that their lives were in danger. Police used stun grenades, tear gas and rubber bullets to clear away the rioters.