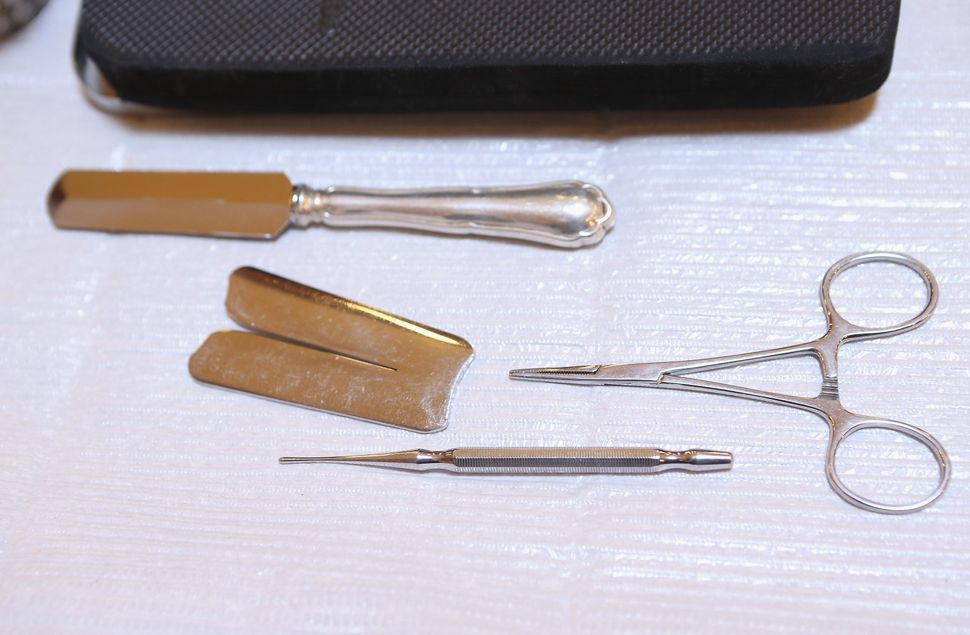 A Johannesburg mohel has been banned from practicing for life after a baby’s penis was partially amputated during a circumcision he performed.

In addition to the life ban, all mohels in the country will have to be accredited and seek registration every two years, a commission of inquiry into the June 2014 incident said. The commission announced its findings this month.

South Africa’s chief rabbi, Warren Goldstein, and its beth din, or rabbinical court, commissioned the inquiry into the incident. The panel consisted of retired deputy judge and president of the Kwazulu-Natal province, a specialist urologist and a retired mohel, the Sunday Times reported.

According to the beth din, “In 2014, a circumcision was performed that resulted in devastating and permanent injury to the baby.”

The father of the child told the SA Jewish Report that he and his wife had consulted medical specialists “all over the world for medical advice,” but the damage is irreversible.

“We are not clear what the future holds,” he said. “It is an unprecedented case. But as a family we have to deal with it.”

Among the commission’s recommendations, the renewal of a mohel’s accreditation must take into account factors such as age, state of health and any complaints received during the period under review that bear on his competence to continue performing the procedure.